Too bad, so sad 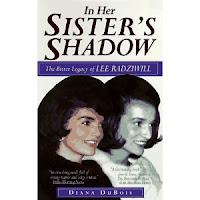 I came upon this old (1995) biography of Lee Radziwill and find it compulsively readable, maybe even more so than I did the first time around.

Caroline Lee Bouvier is the kid sister of old what's-her-name, and lived 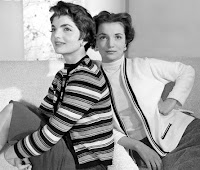 her entire life in intense camaraderie and rivalry with her sibling. Lee was the prettier one, with the better (at least for the 1960s and 1970s) figure, the natural fashion sense, and Mummy's favorite. Less burdened by a sense of proprietary, she had more famous men (she slept with Onassis before Jackie ever met him). Jackie was more athletic, more intellectual, and Daddy's favorite. And while Lee may 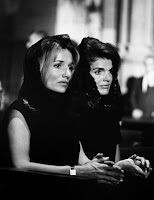 have had many exciting lovers, Jackie, of course, married the man who assured her a place in history and the billionaire Lee just couldn't get to the altar.

Instead of appreciating her blonde good looks, natural sex appeal and visual sensibility, Lee kept trying to keep up with Jackie and better her. She failed as an actress in high-profile TV and stage productions, she was paid for "an intimate memoir" that was never published, she struggled as an interior designer, she shot a pilot for a TV talk show that was never picked up. She has published two pictorials -- That Special Summer (about her youthful trip abroad with Sis) and Happy Times (which didn't sell as well as expected because it didn't include enough Kennedys).

I believe Lee lacked JBKO's formidable inner strength and sanity. To cope, she (like many Bouviers before her), turned to liquor. When Lee's drinking got out of hand, her teenage daughter Tina ran 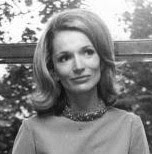 away -- up the street (of course, that street was Fifth Avenue) to Aunt Jackie. Whatever else has been written about JBKO, it's generally agreed she somehow always managed to put her children first.

Jackie died in 1994 and Lee survives. But in the intervening years she has buried her third husband (movie director Herbert Ross), her nephew John and her own son, John's best friend, Tony. Many of her public appearances today revolve around the memory of the sister whose shadow she still can't escape.
Posted by The Gal Herself at 10/18/2010 06:50:00 PM 1 comment:

I appreciated the gesture 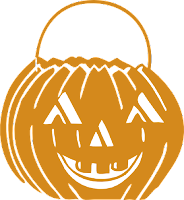 Went to the laundromat -- again, and hopefully for the last time -- and noticed something new. Plastic jack-o-lanterns were positioned atop each of the four rows of washers. It's still a crappy place to spend two hours and I still hate it, but I thought it was nice of folks who work there to add that holiday touch for us launderers.
Posted by The Gal Herself at 10/18/2010 06:28:00 PM 1 comment: