-->
Would you rather go into the past and meet your ancestors or go into the future and meet your great-great grandchildren? Since there's no way I'll have great-great grandchildren, I'll have to go with meeting my ancestors. Though I've gotta tell you, I don't feel any great connection to my family's long-ago history, which took place in Europe. I'd rather know what it was like to live here in Illinois hundreds of years ago.


Would you rather have more time or more money? Money.

Would you rather have a rewind button or a pause button on your life? Rewind.

Would you rather win the lottery or live twice as long? Lottery. I imagine living twice as long and outliving everyone I care about would be heartbreaking.

Would you feel worse if no one showed up to your wedding or to your funeral? Funeral, but only because I won't be having a wedding for no one to show up to.

Would you rather be without internet for a week, or without your phone? Phone. I really don't use it that often. And I feel positively bereft without the internet!


Would you rather meet George Washington, or the current President?
While I think meeting any President would be an honor, there are others I'd rather meet. If you read this blog regularly, you know I feel the greatest emotional connection to Abe and JFK. And wouldn't FDR, Jefferson, Truman and Nixon be fascinating, too? Washington and Obama would certainly come in before, say, Franklin Pierce, but neither is in my Top 10. But I'm going to run the Obamas photo here, just to piss off the haters.

Would you rather lose your vision or your hearing? My hearing. I can't imagine not being able to read or look at photos or see the sky.

Would you rather be Batman or Spiderman? Batman. Clearly.

Would you rather be stuck on a broken ski lift or in a broken elevator? Elevator.


For your birthday, would you rather receive cash or gifts? Cash.

Such a funny girl 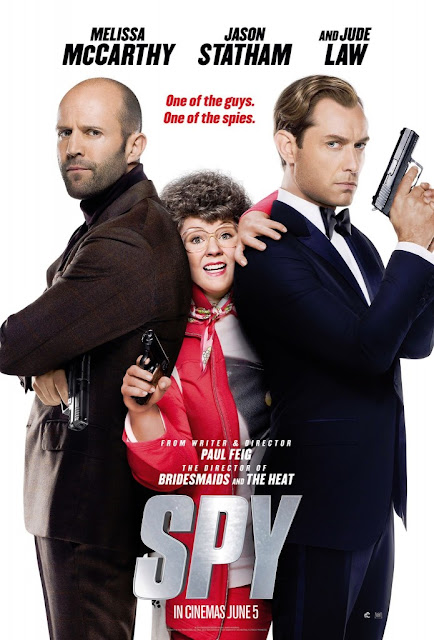 I've watched Mike and Molly a few times and don't really like it. It doesn't feel like it has anything to do with Chicago, where it supposedly takes place, and I don't sense any chemistry among the castmembers.

My lukewarm response to Melissa McCarthy's TV show makes my enthusiasm for her movies surprising. But I've completely enjoyed her in Bridesmaids, The Heat, St. Vincent and now Spy. She plays a smart but self conscious low-level CIA operative (when she was a little girl, her mother left notes in her lunchbox that said, "Give up on your dreams") who becomes a force of nature. And, oh, is she ever funny when she dispatches her nemeses.

At one point she says, "I'm not one to toot my own horn. But you know what? I'm gonna toot."

You go, Melissa. You toot. You are one funny girl. Thank you for an entertaining afternoon at the movies.

He was a champ! 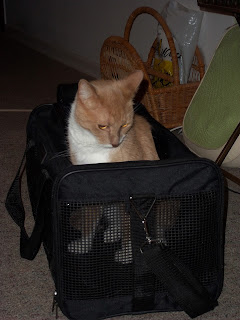 He had his annual check up and he's not only healthy (thank God), he was completely agreeable about the entire experience. He was not at all resistant to the carrier and we saved cabfare by walking all the way to and from the vet. He seemed to enjoy being out in the sunshine. He was responsive and friendly to the vet and the techs who examined him.

He's been far more quiet today than usual. I think the shock of being outdoors -- a rarity for this indoor-only cat -- and being handled by new people tuckered him out. Maybe I'll have to take him to the park on summer Saturdays. I can read and he can watch the leaves and the squirrels and the people from his carrier.