Bohemian Rhapsody - What matters to you more than anything in the world? I want to do the right thing. At the end of the day, that's what matters to me. I know I find it tiresome when people hammer me with their faith, but I do try to live a life that pleases Christ.

Don’t Stop Me Now - What makes you feel unstoppable? Success. I'm not being flippant. I find that positive momentum carries me forward.

Another One Bites The Dust - What one thing would you wipe off the face of the earth? Oh, I don't know enough about the intricacies of the eco system to answer this. Pests that annoy me might be vital to the way our planet works.

Under Pressure - How stressed are you currently? On a scale of 10? 7. Big project at work. Worries about Henry and Reg (see post below). Unsure about my domestic situation. I wish it was summer and I was looking back on this period.

We Will Rock You - What was the last concert you went to? 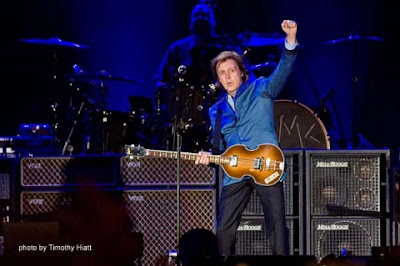 Somebody To Love - Are you looking for somebody to love? I'm not opposed to it.

We Are The Champions - What achievement are you most proud of? I have given stable, healthy homes to shelter cats -- lovely little critters that other disposed of like used Kleenex.

Radio GaGa - What do you think of today’s popular music? I don't care for it, but I'm not supposed to. Every generation gets their own soundtrack.

I Want To Break Free - If you could move to any part of the world, where would you want to live? I'd stay in Chicago, but I'd move into the Palmolive Building. That's the one in the center with the bright beacon (built to help Charles Lindbergh!) and the view of Oak Street Beach. 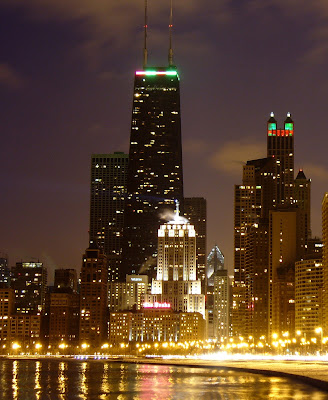 Love Of My Life - Have you ever had your heart broken? Good goobies, yes!

Killer Queen - What is your favorite thing about yourself? I find humor in most things. The older I get, the more I value it.

The Show Must Go On - What is something you will never give up? My passions.

Who Wants To Live Forever - If you could be immortal, would you? No

Fat Bottomed Girls - What are some traits you look for in a partner? A romantic partner? I'm seriously into hair. I'm attracted to a man whose hair would smell good.

I Want It All - If you could have anything in the world, what would it be? Enough money to no longer worry about money.

I know what I know 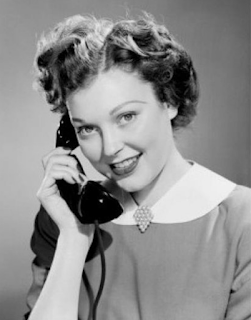 Henry and I spend two to three hours on the phone together every week. It's been like this since he returned to Key West from Miami, after his accident. Often I love it, sometimes it exhausts me. The way our calls go depends on how Henry is doing at work, how he is feeling physically, whether his TBI is bedeviling him, and how patient I can be.

But here's the thing: he is getting better. Sure, every now and again he returns to rehashing the accident and how everyone is wrong about how it happened -- even though he has no recollection of it. Yes, he continues to insist he never had a brain injury, even though the seizure he recently suffered is evidence of it. OK, it's hard to hear him complain about how his medications affect him, even though he continues consuming multiple glasses of wine each day when he shouldn't be drinking at all.

I don't believe that any of those negatives are unusual or even unexpected from a man who nearly died five months ago.

He's no longer furious all the time. He doesn't rail against Reg, saying he wants a divorce. He doesn't complain about close friends who treat him "like a child." He's sweet and funny and always asks about my aunt. A Trumper, her outspoken support of the President has cost her a relationship with her favorite granddaughter, a situation which makes Henry very sad for all concerned.

Henry is healing. I can see the progress. So why am I unhappy this morning? It's Reg.

Reg is using social media -- reaching more than 150 people -- to complain about Henry. And about me. I have sent texts to Reg, saying, "Henry says he loves you!" "I can tell he's getting better," etc. I thought this would make him happy.


This past week, Reg has posted: "Those of you who have spoken to Henry, thinking everything is good. You are wrong and I would like to bring you to the table. Read about TBI." and "Your conversations are but snippets. There is very little that you can say to make it better."

But when I say Henry is better, that doesn't mean I think Henry is well.

Before the accident, I was more Henry's than Reg's. The accident brought Reg and I together, for a time. Now I think things have reverted. I'm going to stop reaching out to Reg, since it annoys him. Every month since the accident, I've sent money to their household through the Gofundme page, which Reg handles. From now on, I'll send it directly to Henry. (Example: I have a Shell gift card here that I'm putting in a card to Henry with a note. He can use it to thank the friend who drives him to and from work, or he can give it Reg. His choice.)

This is a journey. I'm buckled in for the duration. But I have to help them, to be there for them, in a way that does not deplete me.