Today my boss called a meeting, a postmortem of sorts to explain what happened with Long Tall Sally. He told us that part of her problem was her inability to get along with Christine.

Oh. My. God. I clashed with Christine and told LTS about it. I may have unwittingly thrown gasoline on the fire. I may have contributed to LTS' dismissal! Because of my actions, this 40-year-old woman who lives with her widowed mother, who has no savings and few friends to turn to or share her troubles with, is now out of a job.

After the meeting, I went straight to my boss and told him it was me. That I had bumped heads with Christine and that LTS was probably defending me. I asked him if he thought I should talk to Mr. Big. 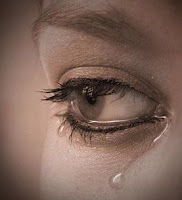 He told me to forget it, that it would have happened to LTS anyway, and he added the names of others
who wanted her gone.

I still feel terrible. My conscience is not clear and besides, I'm worried about LTS. The comments left in a previous post by you blogging buddies have me thinking that she may be bipolar. She needed this job. It makes me very sad that she lost it, even though it may be for the best. 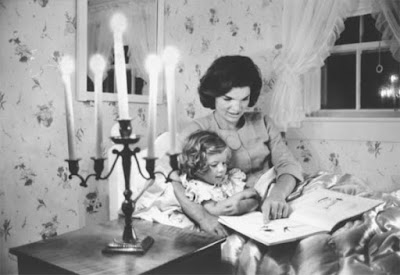 “Once you can express yourself, you can tell the world what you want from it or how you would like to change it …  All the changes in the world, for good or evil, were first brought about by words.” Jacqueline Kennedy to daughter Caroline

On this day in 1929, the woman who made it chic to be bookish was born.