Nine wonderful years have come to an end 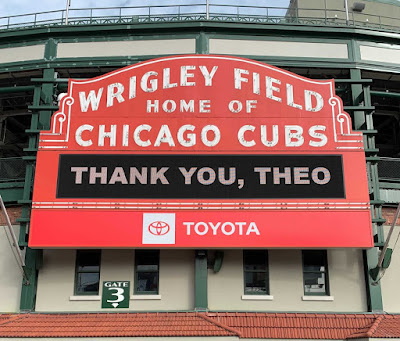 The Cubs and team president/boy genius Theo Epstein have parted company. I was shocked at the news, but have gradually accepted what I cannot change.

I don't like this. There is a prevailing trade-them-all attitude in the air. Theo brought Joe Maddon, the skipper I loved so, to Chicago and now then escorted him to the city limits. Jake Arrieta and Jon Lester are both gone. And now there are whispers that Javier Baez and Kyle Schwarber -- two players Theo considered untouchable -- are on the block. And Kris Byrant, who puts the BRY in BRYZZO, too. 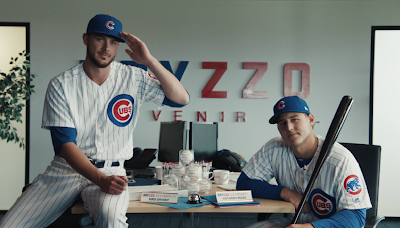 But, so far, no one is talking about wresting my darling Anthony Rizzo away. I don't see how they can. He's not only the team leader on the field, the city has come to love him for his philanthropic work. Last week, he raised $850,000 to battle pediatric cancer. (And what did you do last week?)

There's a school of thought that it's time. This team is older now, and athletes have a short shelf life. They will never win another World Series together, so let's break them up.

I don't subscribe to this school of thought. My dad never saw the Cubs win the World Series. Neither did his parents. Nor my uncle. I would feel beyond greedy to expect to see TWO World Series championships! I just want to watch guys I've come to love take the field in pinstripes, perform admirably, and keep me company on sunny summer afternoons.

Is that really too much to ask?

Apparently, for those who have some sort of fetish for winning.