2. What is your favorite "Starbucks" drink? Or if you have better taste, Dunkin’Donuts? I don't drink coffee.

3. Name an embarrassing moment (Make it good). Using my office phone -- a landline -- I was on hold. Listening to a peppy muzak version of "We Are Family." Out of boredom, I began chair dancing. Rather enthusiastically. There may have been tuneless singing involved. The chord got tangled around the chair. When the customer service rep suddenly came on, I tried to spin around in my chair and the whole thing -- chair, me and big, black deskphone -- tumbled to the floor with a resounding thud. Much to the amusement of my coworkers. It was so humiliating that it must qualify as "good."


4. Is it hard for you to ask someone to forgive you when you have wronged them? Yes. Though it feels better after I do.

5. Who do you wish you could meet? Lisa Marie Presley. Let's see, what could we talk about? Elvis, Michael Jackson, Nicholas Cage, Scientology, OJ Simpson, her own career ... I visited Graceland recently and was impressed by someone's business acumen as evidenced by the way it's expanding. I mean, The King has now been gone almost as long as he was alive, and the place is still a spinning turnstyle, making money from a variety of demographics. Is she the savvy marketer behind it? Her daughter, Riley Keough, is a very busy actress. What was it like to watch her eldest enter the family business? For someone who has been famous literally since birth, and who has lived one hell of a life, Lisa Marie is actually rather mysterious. 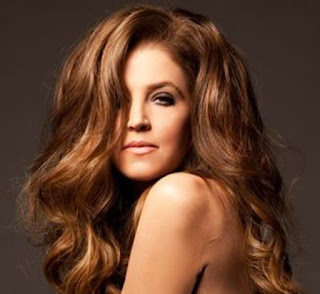 7. Do you like small talk, or deep conversations? I am pathetic at small talk.

8. Who do you most want to encourage this year? My nephew.

9. If those who know you best gave you one piece of advice, what would they

say? Would they be right? What will you do about it? My doctor wants me to lose weight. She is right. Excess pounds could be behind my ongoing fatigue issue. Of course, if you're tired all the time, it's hard to get motivated and to the gym, so it's a circular problem. Oh well! Someone (Tennessee Williams?) once said we're all virgins in the morning. That's how I feel about January 1. The Massive Reset Button is hit and we start anew and I'll work on my weight/exercise/health.

10. How often do you get real sick? I got "real sick" a year ago next week and it lasted for months and months. The condition was C. diff. The day in/day out of it was exhausting and depressing. I hope to never be that sick, that long, ever again. The changes mandated in my diet made me healthier over the long haul, though, so I suppose there's always a pony somewhere.

11. Are you a person who has a whole lot of acquaintances, or just a few very close friends? I'm blessed with good, close friends.

12. If you could cure a disease, or heal a sickness, which one would you choose? Dementia. I get that we all have to die sometime. But dementia robs people of their dignity at the end and makes the loss even harder on those they leave behind.

14. What was one of your biggest accomplishments in 2016? Getting the fuck through it. What an awful year this was! I actually dealt with three of the Four Horsemen. The only one missing was War. (BTW, War, you were not missed.)

15. If you could be guaranteed a spot on the reality show "Survivor", would you go? I've only ever seen one episode of Survivor and I barely remember it, so I have nothing intelligent to say.

16. Which is worse? Shopping for jeans or a bathing suit? BATHING SUIT!!!!!

17. How old was your oldest living relative (still living or in the past)? My great grandmother lived to be over 100. She was in a home, and as a wee one it was quite the event to be dressed up and dragged over there. As her health faded, we visited her less and less. In retrospect, I wish I had gotten to know her.