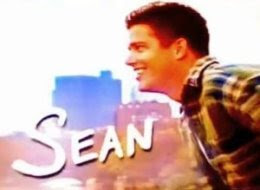 He's on CNN right now, talking all fiscal, and I'm trying to take him seriously, but GEEZ! I used to be hooked on The Real World. I remember him as the lumberjack in flannel shirts, smoking cigs while huddled in the bathroom of that Boston firehouse and clashing with Kamelaah and drinking with Sy.

I know he's married to a member of my favorite Real World cast (San Francisco), Rachel, and they have, like, 11,000 kids.

Because I love movie lists

I am shamelessly stealing this from Kwizgiver. I went back to the American Film Institute and picked up the current Top 100 because I believe this list is a bit different than the one she worked from.

As I watch coverage of the impending government shut down, I find reflecting on classic movies therapeutic.

Is it because I'm a Cub fan? 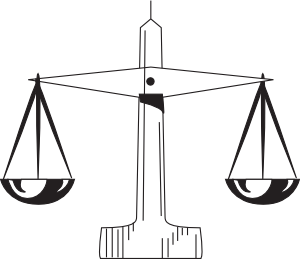 Reflections on jury duty. It went as well as could be expected today. I got there on time, which was my first big concern. The criminal court house is on California Avenue, a neighborhood I seldom get to (OK, one I only visit when called for jury duty), so I was worried about the commute.

Then my panel was called right away. Even though I don't relish the thought of being responsible for either depriving a fellow citizen of his freedom or letting a criminal go free, sitting in that big drafty jury room all day is cruel and unusual punishment in and of itself.

Of the 40 of us ushered into the court room, 23 of us were called and put in the jury box. Then each of us seated there was questioned. First the judge explained to us that the case was regarding heroin possession and sale. We were introduced to the defendant and the lawyers, and the prosecutor took over.

He was attractive in an overly-muscular, bald-headed, Mr. Clean kinda way. But he wasn't shirtless, he was in a nice gray three-piece suit, and he did his best to be cheery, but I could see how he would be very intimidating.

Here is what he asked me as he reviewed my questionnaire:

Do I rent or own? Own

What does an "associate creative director" do? I work on advertising campaigns

How long have you been in advertising? Your entire career? Practically

So you have served on a jury before? Yes. Right here in the criminal court building.

Was a verdict reached in that case? Yes.

Did anything happen in that case that would have an impact on your ability to be an impartial juror in this case? No.

You were a victim of a crime in the 1990s. Could you tell us about it? It was attempted sexual assault.

Oh. Did you have to testify in the case? No, they never arrested anybody.

Is there anything about that incident that would have an impact on your ability to be an impartial juror in this case? No.
Do you have any hobbies? I am a Cub fan.

That must be rough. It's a way of life, sir. (Much laughter.)

Here the judge interrupts with mock solemnity: "Move along, counselor. She's not the only Cub fan in this room." (More laughter.)

Ms. Completely-Mangles-My-Last-Name, if the state proves beyond a reasonable doubt that the defendant is guilty, could you sign a guilty verdict? Yes.

And if the state fails to prove beyond a reasonable doubt that the defendant is not guilty, could you sign a not guilty verdict? Yes.

I do dig it that I'm the only one who cracked up the judge.

Getting off the bus at the wrong stop, it took me an extra 15 minutes (in the rain) to get home, so I rewarded myself with a hot dog. Once I got home, I took a long nap. I was exhausted, because emotionally I really didn't want to serve. But I also appreciate that it's my duty.

I mean, I never served in the military. It's my duty as a citizen to be an informed voter (I did that Tuesday) and to show up and take jury duty seriously. So this week I did the least I could do the best I could.
Posted by The Gal Herself at 4/08/2011 07:31:00 PM 3 comments: 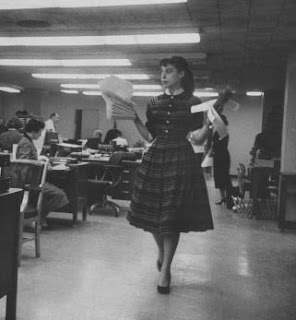 Good at this job, I mean.

We were kicking off some new projects -- revisions of pieces done long ago. Projects like this are great because, if done efficiently and well, we make incremental revenue. One of my account execs (he has the role, but not the personality, of Pete Campbell, for you Mad Men fans), has been leaning on me a lot lately. So much so, that when I reminded everyone I'm not in on Friday (jury duty), my boss teased, "That noise you just heard was Tom's sphincter slamming shut when he realized Gal wasn't going to be here tomorrow." Later in the day, in another, similar meeting, after I kinda took over and explained what should happen and why, Tom pointed at me and said, "That's why I'm in her office all the time."

Assignments like these are not glamorous, not why any of us got into the business, but if done correctly they can make us look like heroes to the client. I'm glad that I know how to get the team focused for projects like this. It feels good to know Tom depends on me.