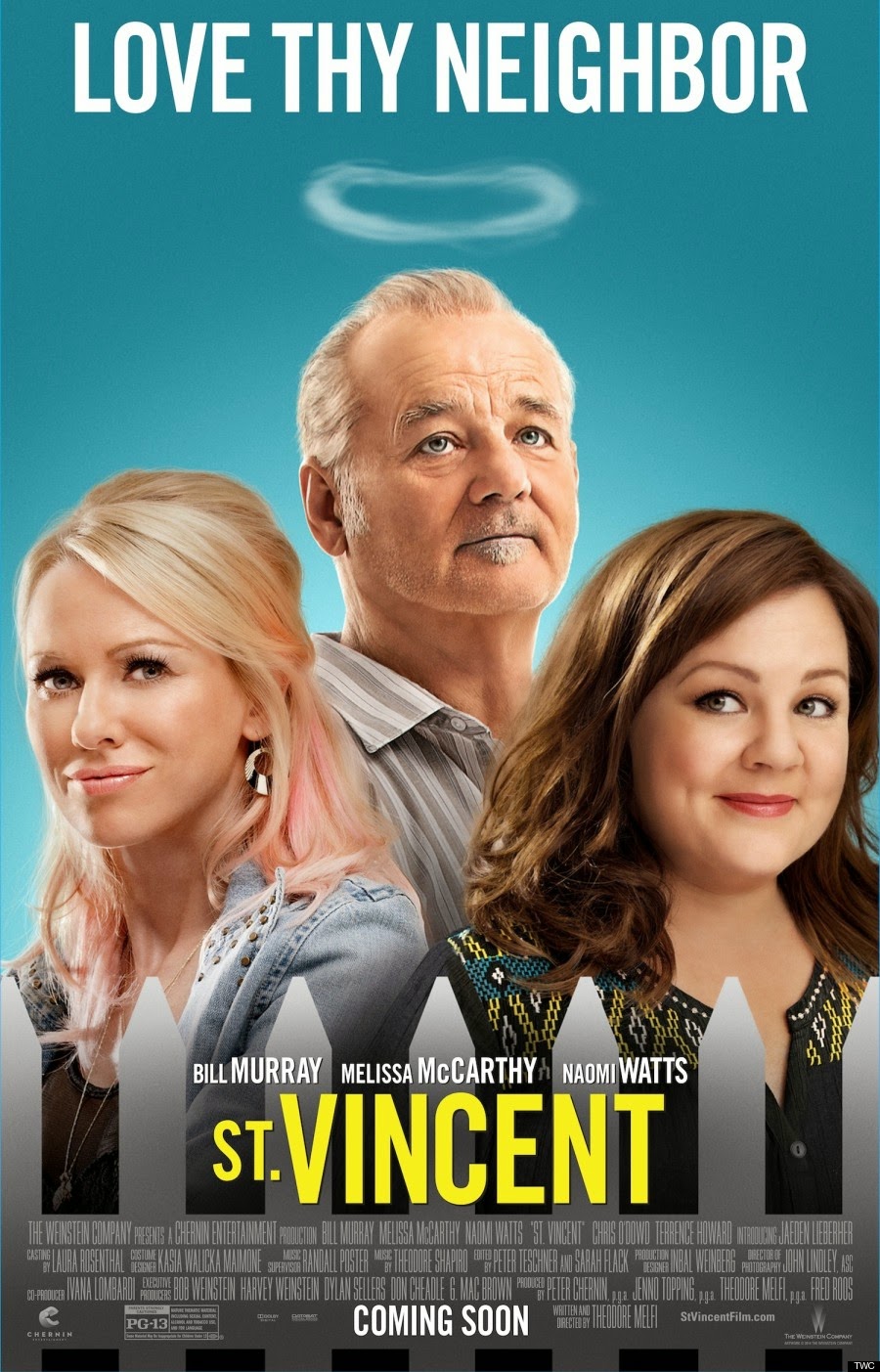 I thought a movie starring Bill Murray and Melissa McCarthy would be a comedy. But, while St. Vincent made me laugh at points, this movie is not a comedy.


Bill Murray plays Vin, a crotchety old Baby Boomer who has pretty much given up on life. He's not a loner, exactly. He's just not fun to be around, so most people avoid him. And he's good with that. Melissa McCarthy plays Maggie, a newly divorced mom who is trying to reboot her life by moving into the fixer up next door. They end up more involved than they wish to be in one another's lives because of McCarthy's young son, Oliver.

I won't tell you anymore than that, except to say you should bring a Kleenex.

I love Bill Murray, and not just because he's a Chicago treasure and a Cub fan. You never know what you're going to get with him. Last time I saw a Bill Murray movie he was doing a fine job playing FDR in Hyde Park on Hudson. He does accents, he disappears into his parts and he makes unique career choices. I could make an argument that he's the male Meryl Streep (without all the Oscars).