Starting Saturday, my Cubs are gonna begin taking an up close and personal look at the New York Mets. As a lifelong Cub fan of a certain age, I can tell you that this series is positively BIBLICAL.

The 1969 Cubs are THE Cubs team. These are the players of lore, the ones whose numbers are retired, whose statues surround Wrigley Field. Ernie Banks, Ron Santo, Billy Williams, Fergie Jenkins. (And Glen Beckert, Don Kessinger, Randy Hundley and Kenny Holtzman, who pitched a no-hitter ... not that I'm a Cub geek or anything.) They were in first place from Opening Day, and come August they were 75-44.

They lost 17 of their last 25 games and finished in second place. To the METS. The team that went on to win the World Series. The one that should have been ours.

I remember all this so clearly. When you're a kid, time moves differently and summers seem to last forever. All summer long, the Cubs won. Riding my bike up and down the street, I could hear the games coming through the screen doors and car radios. My guys were invincible. All they did was win. It was a way of life.

Then school started, and the world changed. I got home from school before 4:00 to see the end of each game (the Cubs still played only day games at home back then) and what the hey? Night games on the road were worse because my dad was home. Sitting in his recliner, smoking cigarette after cigarette, looking first tense and then defeated, right along with his team.

It was awful. Like attending the same wake day after day.

And now, Saturday night, it's the Cubs again on a tear and the team standing between them and the World Series is the Mets.

My dad is in heaven, watching.

They've got to win this for him. 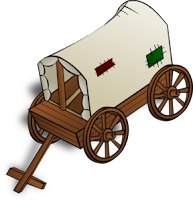 I was without the internet all day on Friday. Something went awry at my agency's New York and Chicago offices that knocked out something fiber optic and we were down. Not just Microsoft Office ... everything!

I stayed downtown for six hours, hoping the connection would be restored. After all, Friday is a big day in Farmville! My art director and I made revisions to two projects -- I put the new copy on a thumb drive and handed it to him -- but we couldn't send PDFs to the client because no internet. We offered to fax the work to their offices, but they declined. Our client explained that they have no procedure for routing work manually anymore, everything has to go electronically.

So much for roughing it. It started to seem so pointless, so at 4:00 I packed it in and went home, thinking that the internet is the biggest deal since movable type.