1) The lyrics tell us about a romantic summer night on a balcony. Does your home have a balcony? Nope.

2) Taylor Swift sings that her father warns her boyfriend to stay away, but she sees him anyway. Tell us about a time you defied your parents. Oh, golly. I rebelled in a million little ways all the time. But most of my infractions were verbal or clothing-related, nothing big. In retrospect, I think I was a pretty obedient kid.

3) The castle in this video looks European, but it's in Arrington, TN. Castle Gwynn is the site of the annual Tennessee Renaissance Fair. This May the festival will be back, and among the items food vendors are offering are Scotch eggs. When did you most recently eat eggs, and how were they prepared? I just had a hard boiled egg. 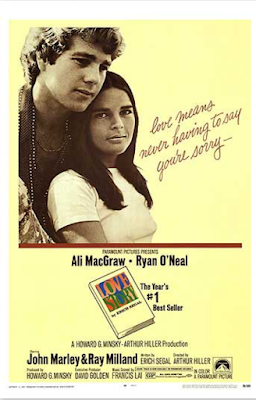 4) Love Story is also the story of Jenny and Oliver in a book by Erich Segal and a movie starring Ali MacGraw and Ryan O'Neal. Are you familiar with either the book or the movie? When I was in junior high, I loved the book. My girlfriends and I saw the movie at the theater, twice. I had this poster in my bedroom. I saw the movie again a few years ago and I still enjoyed it.
5) Taylor was born in Reading, PA. which is home to the Reading Railroad, one of the four railroads featured in Monopoly. Without looking it up, can you name the two most expensive Monopoly properties? Park Place and Boardwalk.
6) When she's not performing on stage, Taylor likes to keep it casual and prefers to wear cowboy boots. Tell us about your favorite footwear. Since the pandemic and work from home, I find myself wearing my Crocs more often. Don't judge me. There's so easy to slip in and out of if all I'm doing outside is taking out the trash.
7) Taylor's brother, Austin Swift, is an actor and 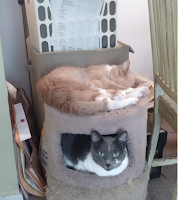 producer who studied photography at college. Think about the last picture you took. Did you use your phone, tablet or camera? (Feel free to share it, if you'd like.) I took this last Sunday because I get a kick out of how alert my Connie Cat always is. She doesn't want to miss a thing. I took it with my phone.
8) In 2008, the year this song was popular, the Emmy Award winning show Breaking Bad premiered. Were you a fan? Nope.
9) Random question: You and your best friend sit down to write the story of how/when you met. Do you think the stories would be almost the same or quite different? (In other words, will you two remember the event the same way?) I know we don't remember it the same way. She claims to remember me from Kindergarten, and she's right, we're both in the class photo. But the first time I remember noticing her is when her family moved in across the alley from mine, in first grade. We were classmates and walked to/from school together. It was life changing, because it meant that 1) I wasn't stuck with my older sister anymore and 2) I had someone to talk about the Beatles with.