1. What would you pick as a major, if you could go back to college and do it again? Political science. Or maybe law.

2. Who is the one celebrity with whom you would most like to have an indepth conversation? My go-to answer for this has been the same for nearly 20 years: Bill Clinton. I am forever impressed with his encyclopedic knowledge of everything in the world and his infectious joie de vivre.

3. If you could make a living doing ANYthing, what would that be? I like what being a writer. But I'd love to be a biographer. I have read her books on Kennedy, Lincoln and FDR, and believe Doris Kearns Goodwin had a wonderful time researching and writing them.

5. How many pairs of jeans do you own? Five. OK, six if you count the pair I need to hem but haven't. OK, eight if you count the two ginormous pairs I bought for after my surgery and I couldn't allow a zipper fly to touch my incision. 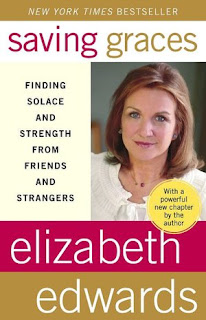 6. What is your favorite flower, and why? Carnations. I love their durability and how common they are. They bring a lot of brightness and joy to a lot of people.

7. What book has most changed your life? Saving Graces by Elizabeth Edwards. She taught me what a gift it can be to allow others to help you. As Rhett Butler once said of a similar gallant Southern woman, "She was a great lady. A very great lady." May she rest in peace.

9. If you could take a nonstop first class flight to any destination, where would you pick to land? The only thing I hate more than flying is flying over water. (I worry about being some shark's Happy Meal.) So I'll go with London. I'd like to see it, and maybe being in first class would help me get past my fear.

10. If your 15 minutes of fame included a stint on American Idol, what song would be your trademark solo? Chosen because so far this year I haven't had much of chance to sing it.


11. If you could pick one former friend (who has remained elusive in this wild Facebook world) to reunite with, who would you unearth? One of my favorite people got married in 2008 and just kinda drifted away. He moved to a faraway suburb and then they had a wee one and I know he's busy. He also refuses to Facebook! But I still have a photo of us together in my office because I think of him so often and so fondly.

Happy Birthday to My Best Friend

Eeyore turned 46 today. I am affectionately exasperated with him. He feels old ... he misses his daughter ... he's swamped at work ... It's how he is.

I fussed over him as best as I could. I got him a terrific gift -- a batch of baked-to-order and personalized Element Bars. I made sure they arrived on Saturday but he waited until today (his actual birthday) to open them with me over the phone (I heard him tearing the tape). I read him his horoscope. I told him I was playing his favorite recording artist, Marcia Ball, in my office in his honor.

I hope the attention made him happy. I completely adore him, and if you can't convey to a person on his birthday how important he is to you, then what's the point?