When my mind wanders ... 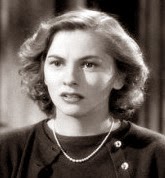 Last night, my classic film group viewed Hitchcock's Rebecca. I believe this is the first time I've seen it start-to-finish in one sitting, and somehow I was more impressed by the bits and pieces than the whole. Instead of concentrating on the plot and motivations, or even the sets and camera work, I found myself admiring Joan Fontaine's eyebrows.

I have been obsessed with my own brows lately. Decades ago, when I was in high school, I hated what a bushy unibrow I had. Over time they have become sparse and I think they age me, so I've been augmenting them with a pencil. I wish I had Hitchcock's makeup lady. She did an awesome job on Fontaine's brows. Definite yet still very natural and not at all overpowering.

It's been a week since I've read, and I've missed it.

First I'd been carrying my laptop to and from work, which precluded carrying a 600+ page hardcover in my messenger bag. And I've been sick, just crashing when I get home.

I'm still not ready to resume working out, which I also miss, but I was able to go downstairs to the building cafeteria and get reacquainted with Mary: Mrs. A. Lincoln. This is a wonderful book and I was so happy to spend a little time with it again. 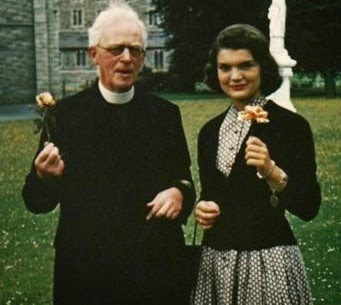 I just discovered the most amazing thing -- for 14 years, beginning when she was 21, my girl JBKO wrote to an Irish priest. Long, handwritten, intimate letters. Father Leonard became close when he acted as Jackie's host when she and her stepbrother visited Dublin in 1950, and they corresponded regularly until his death in 1964.

This means he was Jacqueline's confidante through her ill-fated engagement to a stockbroker named John Husted (not much at all is known about that relationship), her courtship and marriage to JFK, five pregnancies (including Patrick, the last baby to be born to a sitting President, and who died after just 40 hours) and the assassination.

No one is saying where these letters have been for the last 50 years, but they are now going up for auction on June 10. I hope whoever buys them will share them with the rest of us.

There is the school of thought that since Jackie was confiding to a priest, the letters should have been destroyed upon discovery. Or shared with Caroline. I understand that response.

But the lady knew she was a historic figure. The last letter is now 50 years old. I don't think her words have the power to embarrass anymore, and there's much to be learned.