And the beat goes on

I haven't heard from my oldest friend since last week. That's really not like her. I know she had a follow-up doctor's appointment last Wednesday and worried that perhaps it didn't go well and she had been readmitted to the hospital. No, that wasn't it.

Last Saturday, her 21-year-old son and 14-year-old daughter got into a huge argument over something, and her daughter moved out. She went to a Sweet 16 party and then .... nothing. She has her phone turned off and my friend can't find her. She did speak to the mother of the girl turning 16, who reassured her that her daughter was fine on Sunday when she disappeared with a group of other partygoers and had said something about "crashing." The other mom thought my friend knew about this.

My oldest friend is exhausted and weak and loopy on pain meds. She feels that under the circumstances, she can no longer control or adequately raise her daughter and is sending her back here to Chicagoland to live with her father.

I suppose that's the best option. Except, of course, the kid has to come home before she can be shipped off. And she has put her mother and brother on notice that she's never coming home. 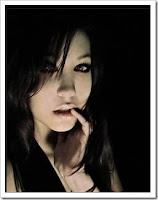 No one has as much drama in her life as my oldest friend. Her health is compromised. Her job is tenuous. Her finances are a mess. Her oldest son is a high school drop out with anger and anxiety issues. And her daughter is a handful.

It doesn't matter that much of this is of her own creation. It's still taking its toll on her. There has to be a way to rectify at least part of it, but I'll be damned if I can come up with any solutions.
Posted by The Gal Herself at 3/21/2011 07:48:00 PM 3 comments:

Saw my friend, John, briefly at lunch today. He's very thin, very gray, and ambles slowly with a cane. I was shocked.

Yes, he's been very ill lately -- and very slow to mend. He spent an additional 3 nights in the hospital earlier this month because of debilitating fatigue and his blood pressure was dangerously low. But since he's back at the office, working half days, I was expecting him to look more robust. He doesn't.

Even though I'm naturally a worrier, I'm trying not to freak out. He's seeing both an internist and a cardiologist regularly, and Northwestern Medical Center is one of the best hospitals in the country (ranked in the top 10% in 80 different areas). He has good insurance and his employers are being most supportive. Though I did see a newly dead bird on the way back -- it had flown into a skyscraper -- and am trying not to see that as a sign of something dire.

Instead I'm trying to view this as an object lesson. John is less than 5 years my senior. And suddenly he's an old man! I must value my health more and work harder at getting back into shape. I don't want to be old and gray and I don't want to walk with a cane.
Posted by The Gal Herself at 3/21/2011 01:24:00 PM 2 comments: