Ron Santo Is in the Hall of Fame 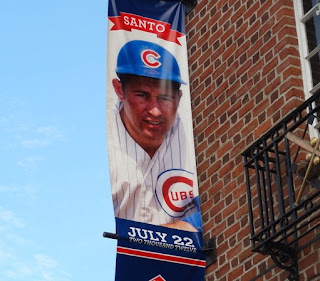 I have been a little weepy today because one of the players I grew up on has finally made it to Cooperstown ... and he has received the honor posthumously.

Part of me is screaming, "Why didn't you give it to him in life, you fuckers?" He wanted it so badly, would have appreciated it so richly, and he deserved it so fully.

But then, I remember that rancor is not what Cub fandom is about. Certainly not what This Old Cub was about. So instead I will reflect on his career, both on the field and in the booth, and what he meant to me.

He made his major league debut with the Cubs in 1960, when I was 2 1/2 years old, so I literally grew up watching him in the corner. He played third base for the Cubs almost every game (really, some seasons he played more than 150 games!) until 1973, when I was in high school. During that time he was named to the All Star Team 9 times, won 5 Golden Glove awards and hit more than 340 home runs. (Ooooh, that "Why didn't you give it to him in life, you fuckers?" is bubbling up again.) The rap against Ronnie was that he hit well at home, within the Friendly Confines of Wrigley Field, but wasn't so hot on the road. Well, the team plays most of their games at home and besides, he was happier at Wrigley Field. Isn't everyone? 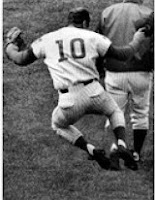 The stats don't tell Ronnie's story. He was the team captain, a passionate competitor. The man wore his heart on his sleeve. He never hid from the press. He fought with Leo Durocher. He clicked his heels when the team won. (My first tears of the day came when today's Cubs clicked their heels in tribute as they ran onto the field.) He loved the fans, and we returned that love in full measure. A proud Italian, Ronnie endorsed a line of frozen pizzas (Pro's Pizza) and I was able to combine my Cub fandom and my Beatle fandom by joining the throng who cheered, "Power to the Pizza!" when he came up to bat.

He stood up for his rights. He was one of the first players to wear an earflap on his batting helmet, protecting his face after having his cheekbone shattered by a pitch in 1966. He wasn't chattel, and he was the first player to invoke the 10-and-5 rule when the Cubs tried to trade him. (If a player has 10 years in the league, 5 with a single team, he can't be traded without his approval.) I knew he just wanted to stay here with us.

And he was diabetic, diagnosed before he played his first game at Wrigley Field. He kept it a secret until the early 1970s because he didn't want people to treat him any differently. Back in the long ago 1960s he judged his blood sugar by his moods, and self medicated with a Snickers bar … yet he managed to hit those 340 HRs. Imagine how many he would have sent sailing if an insidious disease hadn't frequently clouded his vision? (Ooooh, that "Why didn't you give it to him in life, you fuckers?" is bubbling up again.)

Once he came out as a diabetic, he became a tireless advocate. He wanted kids to learn from his example that the condition doesn't have to define them. He wanted their friends to know that kids with diabetes are just like him, so there's nothing to fear. Every year, until his death, he hosted a Walk for the Cure and raised an amazing $65 million for JDRF.

Diabetes took its toll on Ronnie. He lost his legs to the disease. Yes, the man famous for clicking his heels ended up a double amputee. How cruel is that? And yet Ronnie never whined, never complained. I loved that about him.

In the 1990s he began broadcasting Cub games and nothing was off limits. He spoke openly about his hairpiece, about his prosthetic legs ... about anything that came into his head. I remember one rain delay when he explained to us how, at this late stage in their lives, he and his wife got their first cat and how amazing it is that "you just show 'em the sandbox and they go!"

I loved having Ronnie in my earphones, almost as much as I loved watching him play. I learned a lot about the game from listening to the man who played it so well and so long. He spoke for us, the fans, too. I'll never forget the game that Mark Pryor pitched one Father's Day. He'd just come back from a long stay on the disabled list and we'd all been waiting. "If only Pryor was healthy ..." was our mantra. Well right out of the box, Pryor got hit and hard. And Ronnie was so shocked, so sad, that he couldn't form words. All I heard through my Walkman were these monosyllabic grunts. I laughed because it sounded like porn.

Ron Santo died in December 2010, just weeks after I lost my uncle. It hurt.

3000 Cubs fans made the trip to Cooperstown today. That makes me mist up, too. Thousands of the faithful were there to celebrate our friend, our third baseman, our captain. Our HOFer. Today, when I could be all blue about the tragedy in Colorado, I am instead Cubbie Blue. I am grateful for that. I guess that Ron Santo has taught me a lot about life.

Sunday Stealing: The Too Tired to Think Meme, Part 1

1. You have 10 dollars and need to buy snacks at a gas station. What do you get? A Coke and chips. Which chips? Depends on my mood. Fritos, Munchos, Pringles and Sun Chips all float my boat.


2. If you were reincarnated as a sea creature, what would you want to be? A zebra fish, the sexier cousin of the plain old minnow. 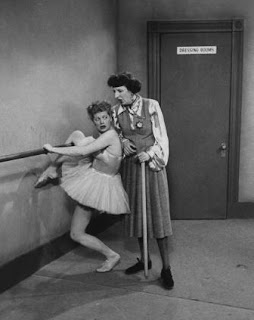 3. Who’s your favorite redhead? Like everyone else, I Love Lucy.


4. What do you order when you’re at IHOP? Can't recall the last time I was at IHOP. Sorry.

5. Last book you read? The Meryl Streep Movie Club. It was fine, but I don't recommend it.


7. Describe the last time you were injured. I have a bitch of a papercut on my right middle finger. We moved offices last week and I sliced it on one of those infernal moving boxes.


8. Of all your friends, who would you want to be stuck in a well with? My best friend. He's very sensible and calms me down.


12. What type of shirt are you wearing? A nightshirt


13. If you could only use one form of transportation? Chauffeur-driven towncar 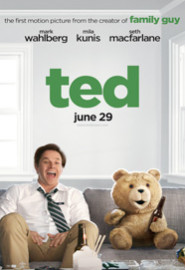 14. Most recent movie you have watched in theater? Ted. I highly recommend it!


15. Name an actor/actress/singer you have had the hots for. Mark Wahlberg. Sigh. It takes a special man to look hot while partying with a stuffed animal.


16. What’s your favorite kind of cake? One with lots of frosting


17. What did you have for dinner last night? A salad and a big slice of sausage pizza 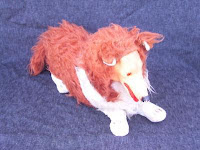 19. Do you untie your shoes when you take them off? I have worn nothing but sandals since May


22. Do you think people talk about you behind your back? Yup.

23. When was the last time you had gummy worms?  I don't recall

25. Do you have a picture of yourself doing a cartwheel? Ha! No.