Just made 15 calls on behalf of the President to registered voters in neighboring Iowa. Most people have Caller ID, so I got many answering machines.

But three told me they had already voted, and voted for the President! Yea!

I am not the most dedicated Obama supporter. I'm not crazy about the way he handled Simpson Bowles, or the BP oil spill, or his late and rather tepid embrace of gay marriage. That said, I am proud of my home-town hero and still support him and was happy to do my part in this close election. I intend to do more.

But the political "chickenhawks"* out there do depress and frustrate me. They are the rabid Obama supporters who trash talk Mitt Romney in the most personal and wholly unconstructive way possible, but can't go to barackobama.com and sign up to phone bank. (Here's an article from the Wisconsin Obama team that explains how easy it is. If you're interested, you can do it from any phone in any state. Just go to barackobama.com for details.)

The political conversation in this country is already too coarse. While I cannot imagine an eventuality that would ever EVER find me voting for Mitt Romney†, you will never EVER read anything from me that's disrespectful about the man, his faith, his patriotism or his family.

It's easy to sit around and bitch. It's only slightly more difficult to go to barackobama.com and phone bank from your own home. All it takes is a willingness to get off the sidelines and use your anytime minutes.

* Chickenhawks is an old Vietnam term for people (like Dick Cheney, George W. Bush and Dan Quayle) who were four-square in favor of that war ... for someone else to fight.

† As a lifelong Kennedy girl and a longtime supporter of Sen. John Kerry, I admit I have a near-freakish knowledge of MA politics for a Chicagoan.
Posted by The Gal Herself at 10/20/2012 04:53:00 PM 1 comment:


Saturday 9: The End of the Innocence


1) "The End of the Innocence" is one of Crazy Sam's favorite songs. Do you like it? Loathe it? Or is it before your time? Amazingly, Sam and I completely agree on this one. :) I love this song. Whenever I hear people rhapsodize about Ronald Reagan, I remember these lyrics about "the tired old man that we elected king."

2) Obviously Don Henley was a smoker back in the 1980s. Do you smoke? Are you a former smoker? Or did you never start? Never smoked

3) Childhood is generally considered an innocent time. In what town did you spend yours? A small town about 20 minutes west of Chicago. 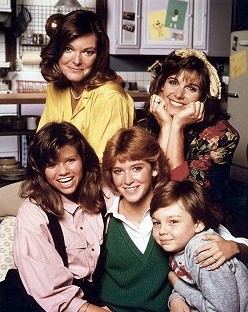 5) Is there an old TV show whose cast you'd like to see reunite? Kate and Allie. I'd love to see their friendship now that they're grandmas.

6) Do you know how to ride a horse? I did know how, when I was a little girl. But it's been decades since I've ridden.

8) Do you believe a gentleman should help a lady with her coat? I don't care

9) Which search engine do you use most often? Google. I'm not crazy about Bing and I've kinda forgotten about Yahoo, until someone asks me a question like this.