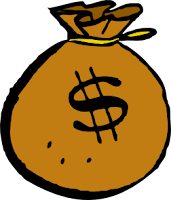 Illinois is in terrible shape financially and, on July 1, the aid my mother relies on to pay for her meds will be eliminated. She is freaking out because it means she won't be able to afford her prescriptions.

She is so upset that she hasn't been able to call Blue Cross/Blue Shield. BC/BS is the company where she has her Medicare Part B. I know because I'm the one who chose it for her, years ago, and I'm the one who gives her money for the premiums.

She wants me to figure out how to fix this because she's "not comfortable" talking to insurance companies. I pushed back, telling her that she is the one who has the BC/BS card in her wallet. She is the one who knows how much money she gets from her reverse mortgage and from social security, not me.

Plus, I am trying hard not to run things and stop bossing other people around in their personal lives.

And I resent that my mother has two other daughters -- more conventional women that she understands better than she does me, women that she believes are more beautiful than I am -- that she's not bringing this to. She brought it to me. She could ask the family patriarch who molested me for help, the one whose portrait is so proudly displayed on her new wall of photos. But she asks me. Now, when I am trying to get my own finances straightened out so I can be comfortable in my own retirement.

I love my mother. I want her to be well and with us for years to come. For that, she needs her meds. So of course I will help her.

I know my mother loves me as much as she is able. And I appreciate the good things I have inherited from her -- my love of nature, my ability to find joy in the little things.

I already give her about $200/month. I think I just found myself on the hook for another $38/month. I want to give it to her with an open heart. That's going to take some work, some prayer, some introspection. 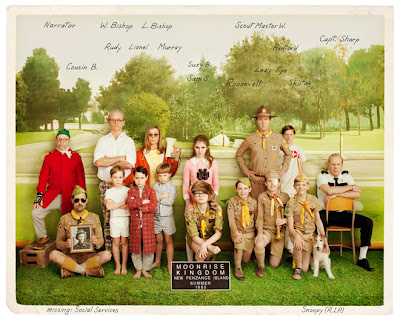 I am not objective when it comes to Bruce Willis. I have been in love with him since the 1980s, when he smirked and swaggered his way into my living room as David Addison on Moonlighting. Then he fought bad guys and made things go boom! on the big screen in the highly entertaining Die Hard series. These starring roles have become so iconic that it's easy to forget how good he can be at quiet and compassionate (The Kid, The Sixth Sense and In Country).

Today I saw him in a little arthouse film called Moonrise Kingdom. Amid a cast of talented and quirky actors -- Frances MacDormand, Tilda Swinton, Harvey Keitel, Bill Murray, Bob Balaban and Ed Norton -- Bruce Willis stands out as the smalltown police officer, Captain Sharp. That may be his name, but Sharp is none too bright. And he knows it. But he is good of heart and he knows right from wrong and feels tremendous empathy, and that sets him apart from (and above) the other denizens of this whimsical make-believe place.

If you get a chance to see this one, do. It's a charming ode to (very) young love.

A WORD TO ANIMAL LOVERS: There's a kitten who, while in peril at certain points, lives to snooze safe and sound at the end. The camp's dog is not so lucky.

An unusual choice in parenting

Rielle Hunter appears with her four year old daughter on the cover of this week's People. Gulp.

While I am glad that the 4-year-old got to hear her father publicly acknowledge his love for her on the steps of the courthouse, I'm not sure that seeing her face above the Mentos at the checkout counter is good for her.

Nor do I think she needs to know all about her father and the shabby way he treated her mother, as well as his wife, Elizabeth Edwards, the mother of Quinn's half-siblings.

I understand she's too young to understand all this now. But once it's in the public domain, it's out there. I remember reading Jane Fonda's account of discovering the truth about her mother's death. Jane was 12 when her mother committed suicide during a stay in a sanitorium. Her father believed his daughter was too young for that information and told her instead that her mother had been admitted to a hospital, where she suddenly suffered a heartache. Jane later discovered the truth while at school. A stack of magazines had been left out for the students to use for a project, and in one was an article about how Henry Fonda's wife offed herself with a razor blade while in a mental institution.

I hate the thought that Quinn will stumble upon this issue of People someday. I wonder what impact this will have on her relationship with her brother (12) and sister (14).

It's not just glossy magazines, either. Ms. Hunter has already appeared on 20/20 and is scheduled for Piers Morgan Tonight and The View. I imagine that the questioning will be uncomfortable (if not brutal). With the wonder of YouTube, these interviews will live on forever.

I'm just a barren spinster, but this doesn't seem like smart parenting to me.


Saturday 9: Did You Ever Have To Make Up Your Mind

1. Do you ever have trouble making up your mind? On little things, yes. On big things, not really.

2. Do you think you always learn from your mistakes? I try to. I'm not always successful.

3. Have you ever felt that you were either older or younger, for your age during a particular time? I was pretty mature in junior high. I have been pretty immature ever since.

4. Have you had trouble losing weight? Only all the time! 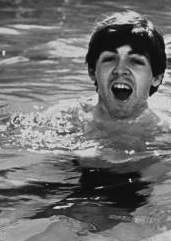 5. Who's the most "wholesome" rock artist that you like? Sir Paul. How cute was he?

6. Do you like to party or are you more of a homebody? Yes. It depends on my mood. I love good food, good drink and good conversation. I also love my alone time.

7. Do you feel the need to share your burdens? Yes. As Stevie Wonder sings, "That's What Friends Are For."

8. Do you know the lady next door? (yes, you can pick either side.) Her name is Sarah. She's very nice.

9. Do you ever feel inferior? Yes! 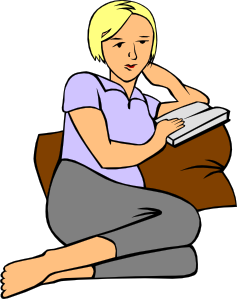