In praise of staying home 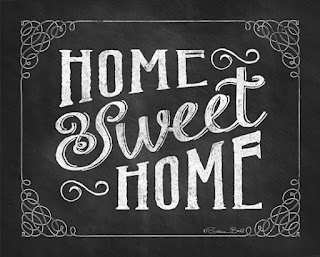 My oldest friend had a long relationship with a divorced man who had a son. She spent a great deal of time with the kid, helping him navigate the shoals of adolescence. When she and his dad split up, she decided to move to Los Angeles.

The time in LA has not been kind to her. She's had health problems and financial problems, faced issues with her own children. Her hair has gone white and she's gained 60 lbs.

So when she got word that the son -- now 25 -- is getting married here in Chicago, she was conflicted. She cared about the kid and would like to share his Big Day with him. But, she said, seeing her ex would be "uncomfortable," especially if he's with another woman. Since the son is the groom, he wouldn't be able to spend much time with her, so she'd be adrift at a reception among her ex's friends and relatives. And she's broke. It would cost her a great deal of money to fly 2000 miles and rent a car and buy a gift.

And a hotel room because, as I told her, "you're not staying with me. That's how strongly against this I am."

I told her that it would not be uncomfortable, it would be torture. For it to rise to uncomfortable, she'd have to be able to show up  at the wedding as hospital CEO with Bear legend Jim McMahon as her date. There's no reason to do this to herself. She should just STAY HOME!

She snapped out of it and saw the wisdom in what I was saying.

Then it was time for me to be as smart with my own life as I am with hers.  I worked with a woman named Donna around the turn of the century. I liked her well enough, but we were never friends outside of work. When she moved to St. Louis, I never got so much as a Christmas card from her. Which was fine, because I never sent her one, either. People drift apart. It's the natural order of things.

She's going to be in Chicago in a few weeks and asked a mutual friend, Doreen, how to find "Todd and The Gal." I was amused that she thought of Todd and me in the same breath, as he and I were rather inseparable back in the day. About 15 years younger than me, he got married (though not to one of the girls I wanted for him!), had kids, and we drifted apart, too.

Anyway, instead of just reaching out to me and Todd, Doreen posted on Facebook that Donna was coming up and invited absolutely everyone to join her.

My Facebook feed was suddenly filled with names I never wanted to see again. People I couldn't stand. People who couldn't stand me. People whose absence has only made my life better over the last decade and a half.

I began to hyperventilate. I feel old and fat and professionally stagnant. I can't lose 25 lbs., become an agency CCO and snag Bear legend Jim McMahon in the next two weeks.

That's when my advice to my friend began ringing in my ears. STAY HOME!

Why do this to myself? Life is too short for the shit.