I was relieved to get a chatty little note from my Cousin Rose. It was all about NCIS and the new drapes for her room.

I had been dreading this letter. She was very close to her uncle, who unbeknownst to her was my molester. I know she was confused that I was uninterested in the rituals -- visitation and funeral -- that attended his passing. I was worried that she would ask me about it. While I was certainly tired of covering for the old perv, I didn't want to hurt my cousin with the ugly truth about a man she loved.

Her letter today contained no mention of him. I think now my nightmare may truly be over. I may never have to hear his name again.

It's the little things that mean a lot 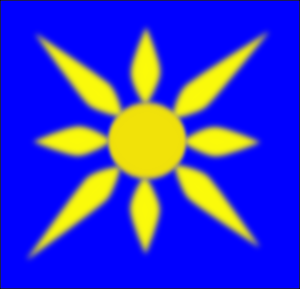 What made today a really good Saturday? A lot of little things.

•  The staff at my vet's office. Reynaldo's prescription cat food is about $50 for a case of 24 cans, and I just can't afford that right now. I stopped by and asked them for about 5 cans to tide me over until his scheduled appointment next month. They explained that the price of an individual can is more than $3. I told them I could spare $20 right now, but just $50. They sent me home with a full case of 24, saying that since I had an appointment on the books, they'd just add it to my bill when he gets his check up. I thanked them profusely and asked if they wanted the $20 down, but they wouldn't hear of it. So while I recoil in horror at the thought of a bar like Cheers where everybody knows my name, I'm very grateful for veterinary clinic where my cats and I are recognized.

•  Impromptu conversation. First my neighbor Brian stopped me by the recycling bins and we gossiped a bit about goings on in the building. He's such a nice guy. Then, when I went over to my favorite coffee shop for a late breakfast, I was invited to join Nancy and her family, who had just ordered lunch. Nancy is a long-ago coworker who said she misses seeing me every day. That was nice. I'm fortunate that I'm able to make lasting connections easily. I should appreciate this gift more.

•  Cubs win! Cubs win! Now that it's May, the bats of both Starlin Castro and Anthony Rizzo have awakened. YES! I dug out my old Walkman (yes, you read that right) so I could listen to the game on WGN-AM radio as I did my errands. God, I love having Pat Hughes' voice in my head.

1) Was last night a good night for you? Or were you singing the blues? It really was fine. I didn't do much -- tired from a lot of drama at work -- but relaxing and I woke up happy this morning.

2) In this song, Rosemary Clooney sings about hearing "big talk" she didn't quite believe. What's the last fib, tall tale or out and out lie you heard? Thursday we were talking about our client's major (3-5 year) project and my boss completely contradicted a story he told me last year. Which is the truth and which is the fib? I don't know. It's quite frustrating.

3) Rosemary Clooney has a well-known nephew -- George, the Oscar winner and frequent People magazine cover story. Do you have any nieces or nephews? My favorite niece is 21 and off learning to become a chef in Michigan. My favorite nephew is 13 and about to graduate from jr. high.

4) Ms. Clooney married the same man twice. They married, had five children and divorced. Then three years later, they tried again ... and divorced again. Have you ever been tempted to give it another try with one of your former loves? I have fantasized about it, played "what if?" in my head a lot, but never really done it.

5) Singers as diverse as Linda Ronstadt, Bette Midler and Amy Winehouse have said they admired and were influenced by Rosemary Clooney. If you could meet any artist (singer, writer, actor, director, painter, musician ...), who would it be? Sue Grafton, who writes the Kinsey Milhone alphabet mysteries. She just gave us "W" is for Wasted, so I fear we're reaching the end! What does she have planned for our heroine? Is she going to miss Kinsey? 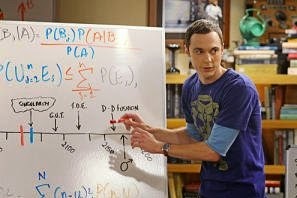 was introduced by physicists Ralph Alpher and George Gamow. That is too lofty a topic for this humble meme, so instead we'll just ask: Do you watch the TV show of the same name? Yes. This week at work we were confronted with a rather complicated calculation and all I could think of to do was call Sheldon.


7) Sam Winters just broke her right thumbnail. While she won't go so far as saying it has her singing the blues, she must admit it bugs her. What little annoyances are you dealing with today? A zit on my chin. REALLY? At this stage in my life I still have to deal with pimples?

8) The house next door to Sam's has a FOR SALE on the lawn. Are you contemplating a move? No. I like my neighborhood and I hate moving.

9) What's your search engine of choice: Google, Bing, Yahoo or Ask?  When I upgraded my Firefox, suddenly Yahoo just appeared as the go-to search engine, so I've been using that again. Yes, I am that lazy.