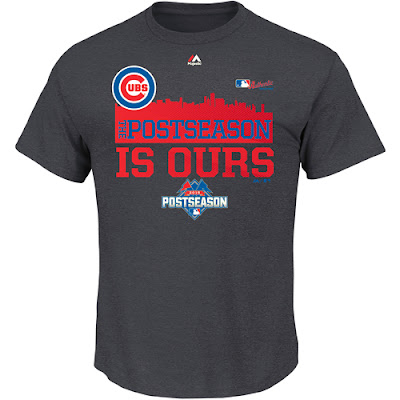 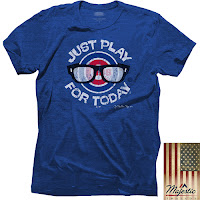 Came very close to buying this one. First of all, because it seems I'm never "in the moment," a problem I've been wrestling with for decades. Second, because I love our manager, Joe Maddon. Love him soooo much, and this is one of his best quotes. But the shirt was designed for a man and my rounder figure would leave Joe looking a little bug eyed.

Still, we'll be playing ball in October. Color me happy!

More than (gulp!) 40 years ago, I saw That's Entertainment! on the big screen and fell ever deeper in love with musicals. In those long ago days before VCRs (much less DVDs), I began staying up late to watch The Late, Late Show and see as many MGM classics as I could in their entirety.

I was especially enchanted by Judy Garland. She was just so extravagantly talented. Her acting had utter sincerity, her dancing conveyed an effortless grace, and that voice! I've never heard another singer whose vocal performances were so enhanced by such a tremulous (and even dangerously out of control) vibrato. My favorite non-Dorothy number of hers was and remains "Get Happy" from Summer Stock.

Now when I first saw her in the mid-1970s, I felt like I'd discovered her. Part of my passion came from the fact  that yes, she was that good. Part of it was that the music of that era was particularly putrid. "Seasons in the Sun" and "Tie a Yellow Ribbon" were the drek pouring from my transistor. So I turned to Judy with intensity.

It was also during the mid-1970s that I fell in love with Chicago. I grew up in a suburb a half hour and a lifestyle away. Where everyone was the same. Where everyone knew everyone. Where nothing seemed to move or happen. I never felt I belonged.

When I began taking the train into the city with my friends, I came alive. Noise! Motion! People! Tabula rasa! I was always sad when night fell and I had to go back to the burbs, because I belonged downtown.

One day my passion for Judy and my passion for Chicago came together. On one of those Saturday afternoon day trips, I found this fabulous little record store that sold more than just The Top 40. I was beyond thrilled to find a two-record set of the best of Garland's Decca years. With the bag clutched to my chest, I kept raving about my find to my companion, a girl I knew from church named Karen who indulged but didn't share my eccentric affection for the movies and music of the 40s. As we made our way back to State Street, we came upon a teeny-tiny street, just a few blocks long. Garland Court. "Look!" Karen said, "There's a street named named after your girl."

That long-ago Saturday afternoon popped into my mind today when I sneaked out of the office and dashed to Macy's on State and Randolph. I saw the Garland Court street sign. What had been that record store is now a 7-11. Definitely a sad sign of the times, but that's not the point.

I made it! I'm downtown every day, just like I wanted to be, ached to be, when I was a kid. I must pass Garland Court six or seven times during my workweek. When I do from now on, I must remember to pat myself on the back. I got where I wanted to go. That's an accomplishment. 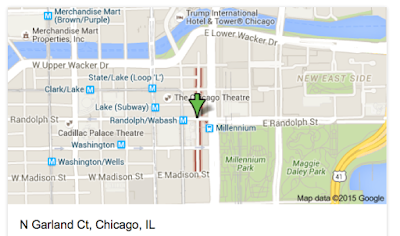 Day 27: Were you a good listener today (Sunday)?

This makes me smile because -- except for a text exchange with my oldest friend, a "thanks" to the woman who bagged my groceries and a brief chat with my neighbor in the laundry room -- I literally spoke to no one on Sunday. Since we've been stuck sitting in this "Clown Car" ("open seating," with four of us one on top of the other) and I feel pitifully exposed and painfully public Monday-Friday, I enjoy my alone time even more. So no, I was not a good listener on Sunday. And that's all right with me.

Relax much these days. Things have slowed down some at work, but the tension is so thick you can cut it with a knife. I should have seen this coming. After all, when I told my boss about my issues with Christine the Mole and he assured me he'd take care of them, I knew this meant he'd have to let her know I complained. Now Christine and The New Girl are treating me like I'm toxic. I was right to do what I did. I don't regret it. I just wish I knew how to NOT let the tension in. I've been doing this for decades, and the office politics still get to me.