1. When was the last time you went to the doctor? Do you like your doctor? I went to the doctor in April. I like and trust her. I have issues at times with her office staff, but I'm not thinking of switching doctors. BTW, this reminds me that I need to make an appointment with my dentist.

2. My back is itching, will you scratch it for me? Through your shirt? Certainly. But if you're wearing something backless, I'll hand you a nice ruler to do the job.

4. We are sending you to either New Zealand or Canada, which one do you choose? Canada. I don't want to fly that far, and I mean, just look at him: 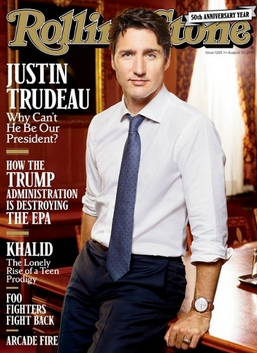 But seriously, folks, I had a serious brush with matrimony in the 1990s and back then, the groom decided that I would enjoy Quebec City for our honeymoon. The wedding never took place, and enough time has elapsed that I could tour the city without feeling sad. I'm curious as to why he thought I'd love it so much.

5. Do you sing in the shower? Every morning.


6. Have you ever been streaking? If so, how far did you streak and did anyone see you? Is this from 1975? I not only have never streaked, I've never seen a streaker.


7. How soon is too soon for Christmas decorations and music playing in the stores? I'm all for November 1. Once the Halloween decorations come down, put up the holly.


8. If you celebrated Halloween as a kid what was the costume you wore at 5? I have no recollection. Sorry.

9. How many cavities have you had in your life? A gazillion.

10.  Is there anyone you regret meeting. Oh, I don't know. Sometimes I look back on a relationship and rue the day we met. On the other hand, I learned a lot. But does anyone need to learn about cruelty? So I'm back to, "Oh, I don't know."

Good enough for what it is

It's summer. When the dinosaurs return to the movie theater, so do I. Jurassic World: Fallen Kingdom is not high art. It's a movie where the CGI dinosaurs are the most interesting characters, and I'm good with that.

Watching from a mostly empty row,* I waited to see my girl Blue.

Yes, I bought my ticket to see one specific dinosaur. I'm a fan.

She's very loyal to Owen (Chris Pratt) and is capable of both trust and empathy. She's also impulsive, willful and really, really smart. Just because she hears you, doesn't mean she's listening. (Reminds me of my cat, Reynaldo.)

Jeff Goldbum's scientist has a cameo where he makes a compelling argument for letting the dinosaurs die of natural causes. We messed with nature, to disastrous results, by bringing them back. It's wise to step back and let nature resolve this.

I was all for it. Until I thought of Blue.