So this is it for a while

The Cubs still don't have a deal with Comcast/Xfinity. Which means this is how games look to me. I watch on my computer, with MLB Gameday graphics and the mellow tones of Cubs radio announcer, Pat Hughes. 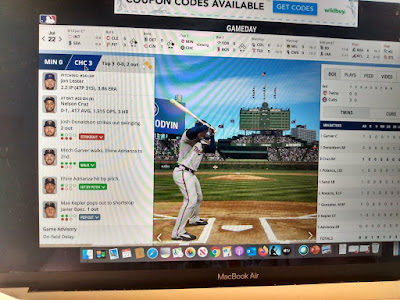 Opening Day is Friday. I am still hopeful that there will be a deal and I can watch it on my TV. Rizzo needs me! 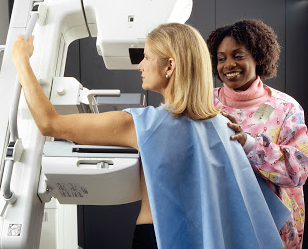 Today I had my long-awaited mammogram.  I told the tech about soreness between my armpit and shoulder, and asked her to please, please make sure she got clear pictures of that area.

It took me a long time to get an appointment at this hospital -- since it's the local hub for corona virus treatment, they quit doing mammograms for a while in March and recently resumed -- but I wanted to come here because they have, literally, decades of my mammograms at their fingertips. It paid off today in peace of mind.

The technician knew how frightened I was and told me that, as near as she could tell, there was nothing on this year's pictures that wasn't there last year.

Now she's not a doctor. A specialist in medical imaging will review my films and make a report. She was very clear in emphasizing that. But, she said, if she saw something obvious there,* we'd be talking about the humidity or all the ways the corona virus has effected hospital protocol ... anything but this.

I am over 60 and overweight. I never had a baby. My paternal grandmother had breast cancer. I drink caffeine. None of these things are good and I must be careful. I went through this in 2009, and now I'm going through it again.

But the tech did make me feel better. So now I will try to relax as I wait for the official word and, if necessary, next steps. 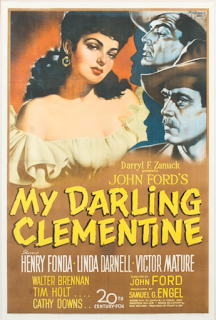 Some classic movie fans love Westerns. They can name which California canyon is being used for Wyoming or Colorado or Texas. They can compare and contrast John Ford and Henry Hathaway. I admire their passion, but I don't share it. I think it goes back to my deep ambivalence for John Wayne.*

Which is why I was surprised by what happened at our classic movie Meet Up for My Darling Clementine. It was the first time I'd seen this 1946 classic. I was enthusiastic because Henry Fonda is completely adorable, but I don't know as much about the movie or the genre as Ted and Carol, a pair of Western fanatics who met on a blind date more than 25 years ago and married because, as he said, "She said John Ford was her favorite director."

Yet as the Meet Up was winding down, one of the regulars, Jean, made a point of saying, "I'm so glad the Gal and Al are here. I always appreciate what you two have to say."

It made me glow as thought I'd swallowed a moonbeam.

Some of the things I said this week undoubtedly seemed remedial to Ted and Carol. But, since I'd never seen this Western before, I mentioned that the thing that struck me most -- other than rekindling my crush on Henry Fonda -- was how influential it was. There's a scene toward the beginning where Doc Holliday wants to shoot it out with Wyatt Earp. Sheriff Earp/Fonda calmly opens his jacket to show he's not wearing a gun.

"The peace-loving sheriff without a gun!" I gushed. "I've seen that a million times! I thought, 'Andy Griffith.' And then I realized this must be the movie that started the trope! Am I right?"

Then our moderator, Will, shared that Cathy Downs was not the first or even second choice to play the Clementine of the title, I was enthusiastic about the other casting choices -- especially Jeanne Crain -- because they would have provided a more charismatic counterbalance to sultry Linda Darnell. (She dominates the picture. Just look at the poster. That chick is not Clementine.) "Good girls don't have to be dull!" I insisted.

Al talked a lot about Walter Brennan in the supporting role as evilest bad guy ever, which shocked him because Brennan is better known for warm, avuncular types: the pastor in Sgt. York, Lou Gehrig's dad in Pride of the Yankees. He also shared some cool anecdotes about director John Ford (who was quite a character), but most of the discussion was dominated by Ted and Carol.

I don't begrudge Ted and Carol their expertise or their passion for the subject. Not only Westerns in general but the shootout at the OK Corral in particular. They knew who really died that day and what kind of guns were actually used (rifles, not pistols). They even visited Wyatt Earp's grave in California! Besides, this group is about sharing knowledge and passion for old movies. But it did feel like they were the teachers and Al and I (and the other dozen or so attendees) were the pupils.

So it was nice and very unexpected of Jean to say that. I think, perhaps, she wasn't talking about just Tuesday night, but every one of our Meet Ups.

*OK, it's not ambivalence. Can't stand him.