Abraham Lincoln died 150 years ago this week. Since he's been on my mind, I thought I'd make this week's Thursday Thirteen a little snapshot of life in America on April 15, 1865. 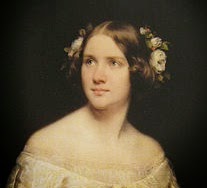 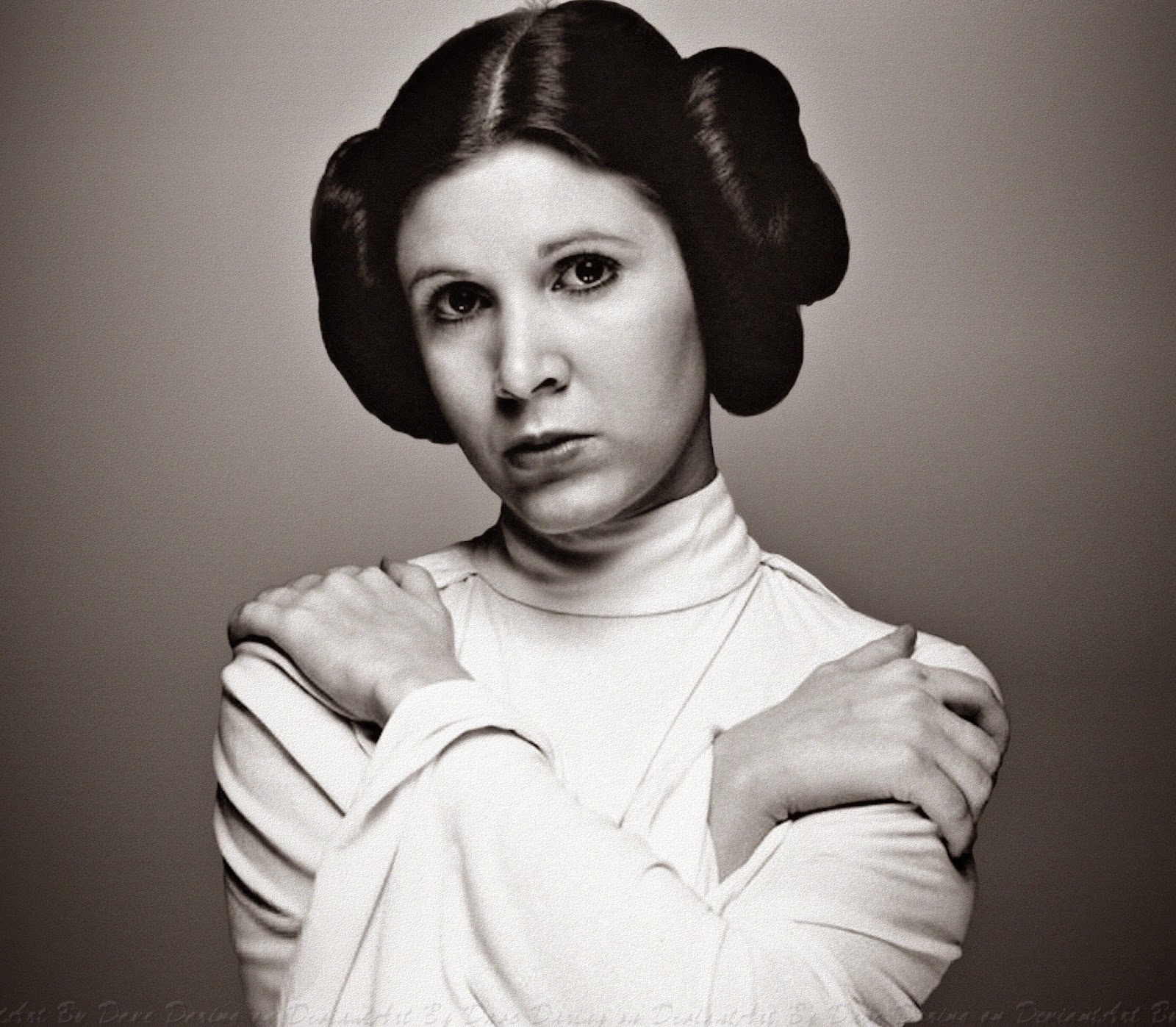 2) Princess Leia would have fit right in. One of the most popular do's began with hair parted down the middle and then rolled up on the sides.

3) The French influenced how we dressed. Bright Zouave red, like the French infantry wore, was the "in" color for ladies' jackets. 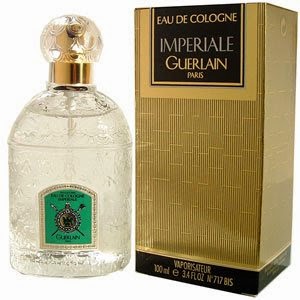 4) And how we smelled. Guerlain, the French perfume house, provided American women with the most popular scent of the decade. A version of it is still available today.

5) Dying was already an effective marketing strategy. You know how when a recording artist dies, his sales and downloads go through the roof? We weren't that different 150 years ago. American composer Stephen Foster had recently died, and with his passing came the renewed popularity of his songs, including "Oh, Susanah!" and "Camptown Races."

6) Charles Dickens had another hit on his hands. His latest novel, Our Mutual Friend, was published in installments between May, 1864 and November, 1865.

7) Culture came to Chicago. The Crosby Opera House was all set to open this week in 1865, but the gala premiere performance was rescheduled out of respect for Illinois' favorite son, the late President Lincoln. This building had a lot of bad luck. First there were cost overruns, then the President's assassination interfered with its opening, and finally it was destroyed in The Great Fire in 1871.

8) We liked our desserts. Pumpkin pie, apple pie and plum pudding were tops.

9) We liked our beer. While beer had been popular here since before the Revolution, brewing started becoming more sophisticated in the mid-18th century. The most successful breweries were built over artesian wells.

10) Mr. Lincoln started a trend. He was the first of our Presidents to be photographed extensively. The last known picture was snapped just weeks before his death. He appreciated the importance of preserving important moments for posterity. I bet if Abe was alive today, he'd be taking selfies.

11) Husbands and wives were seldom photographed together. And the Lincolns were no different. The style for formal portraits back then would be separate shots taken during the same sitting and then displayed together in a hinged frame.

12) The Civil War lightened up mourning, literally. Antebellum Americans grieved publicly in a Victorian fashion. Siblings wore nothing but black for six months, mothers and children dressed in black mourning for a year, and wives were expected to remain clad in "widow's weeds" for at least than two years. That became untenable during the Civil War. First of all, nearly one of every four soldiers died, and it was likely that more than one person mourned a single soldier (say, his mother, his sister, his wife and his child), so it's possible that most of your town could be in black, day in and day out. Very bad for morale. Then there was the expense. New black material or black dye could be costly, and the War had brought hardship to just about everyone. So the Victorian mode of "perpetual mourning" went by the wayside.

13) The marriage rights parallel. Just as today we're debating whether same-sex couples should have the right to marry, legislators and journalists were all over the civil rights and moral issues raised when married couples wanted to split up. Some states thought a divorce should be granted if the wife was unfaithful, whereas straying husbands were just "boys being boys" and a not sufficient reason for a union to be severed. States differed on how many times a wife had to be beaten before she could legally leave her husband. And then, just as now, people piously claimed their point of view was the right one because they believed that's what The Good Book says.

Please join us for The NEW THURSDAY THIRTEEN. Click here to play along, and to see other interesting compilations of 13 things.
Posted by The Gal Herself at 4/15/2015 06:16:00 PM 7 comments:

Why I love keeping a blog

This morning, while waiting for the train, I found myself gazing yet again at the vacant lot across from my el stop. It seemed sad to me that it's still empty. I knew the construction project that was to happen here was a victim of the Recession, but I couldn't recall exactly how long it's been like this. Then I did a search on this humble blog and look what I found: 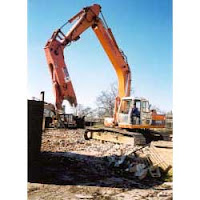 The Gay House is gone! Demolished! It makes me very sad.

The Gay House was a building I saw every day, twice a day, because it's across from the el tracks. The first floor was a trio of small, affordable offices. No one ever stayed there very long, and I enjoyed checking out who was currently renting space. Sometimes it was local political candidates. At tax time there was frequently an accountant. You get the idea.

Upstairs was an apartment with the most beautiful rooftop garden. I called it The Gay House because in addition to a grill and plastic Adirondack chairs, all year around there was a gay pride rainbow flag on the porch. I loved watching it change from season to season.

Between yesterday and today, it's gone! The three offices, the apartment, the grill, the chairs and the gay pride flag. I feel like I've lost something.
Posted by The Gal Herself at 4/15/2015 10:57:00 AM 1 comment: 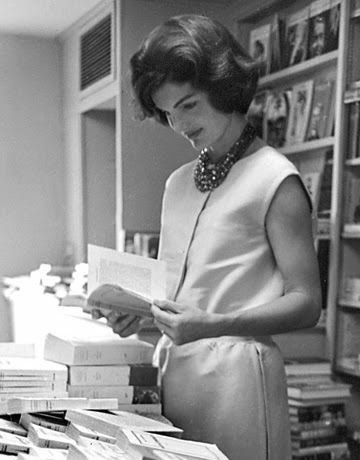 1. What are you currently reading? Frank: The Voice by James Kaplan. I read a lot of biographies, and I'm pleased to report that this time, the author and his subject are very well matched. Kaplan manages to be both admiring and clear-eyed when writing about the man and his music.

For example, I just read a passage about Frank's unfortunate infatuation with The Mob. It began, "Bugsy Siegel, the jaunty sociopath, was uncharacteristically nervous ..." So yes, Kaplan goes there when writing about Sinatra, and he does with style. This book is a most entertaining read.

And I'm getting to know Nancy Barbato (still alive and kicking), the first Mrs. Frank Sinatra. A pretty, smart, level headed Jersey girl. She didn't belong in Manhattan or Hollywood, but she went there because she loved the boy she met in Hoboken. She's not naive, she's not plain, and she's not masochistic -- all attributes commonly attributed to her as the Sinatra yarn is spun. I'm coming to admire her very much.

2. What did you recently finish reading? Remember Me Like This by Bret Anthony Johnston. One of those "Have You Seen Me?" milk carton kids -- an 11-year-old boy -- is found four years later. Then what? How do the kid and the family adjust to the trauma they have endured? How do they deal with justice system and the press that keep the trauma alive?

At first I enjoyed the book. The point of view is original and the writing is talented. Then the plot took a strange turn. I don't want to give too much away, but just let's say it was deja-In the Bedroom. I didn't buy it.

3.  What will you read next? I don't know. I've had very good luck lately with books I've had laying around here that I've either skipped or forgotten. I think a trip back through my den will be in order.