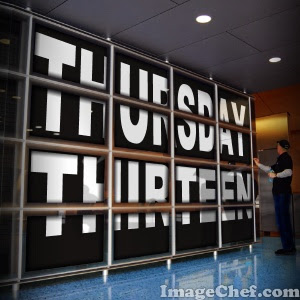 These are the programs that aren't created by or broadcast by major networks in prime time. They are purchased and shown -- often during the day, early evening or late night -- by local channels. According to TV by the Numbers, these are the highest rated:

I admit that whenever I hear "the doink doink," I sit down and start watching.

The Ellen DeGeneres Show would make this list, but it's summer and her show takes a big dip in the ratings when it's in repeats.

I have been reading Nora Ephron for as long as I can remember. She was an essayist for Esquire and I adored her. She was witty and sophisticated and the big sister I deserved. When I was in high school, she was living with Carl Bernstein of Watergate fame and hanging around with one of my great crushes, Robert (sigh) Redford, and one of my favorite authors, William Goldman as they all worked on All The President's Men. Her parents (Henry and Phoebe) actually kenw Tracy and Hepburn! It seemed too ambitious to want to be Nora Ephron. I just fantasized about hanging with her.

She went on to write books, and screenplays, and then to direct, and, being Nora, enjoyed success in each genre. I have seen all her movies and one of her plays (Love, Loss and What I Wore) and read all her books but the latest one. (It's too sad to call it her last.) But my favorite is Heartburn.

The movie is fine. But the book it's based on is better, as moving as it is funny. Here is my tribute to Nora -- her own words:


"I married him against all evidence. I married him believing that marriage doesn't work, that love dies, that passion fades, and in so doing I became the kind of romantic only a cynic is truly capable of being."


"And then the dreams break into a million tiny pieces. The dream dies. Which leaves you with a choice: you can settle for reality, or you can go off, like a fool, and dream another dream."

Today I feel like I lost a friend. I wish I'd known her and could have thanked her.

I want everyone to take off their tinfoil beanies. Talking to my friend in the Keys last night, I was taken aback by how willing he is to see conspiracies. Not only is his former employer attempting to blackball him, but Mitt Romney is part of an evil cabal devoted to taking away all his rights as a gay man. He cites something supposedly said during the Romney boys' appearance on David Letterman (weren't they on with Conan?) as evidence. Huh? It gave me a headache.

I know that my friend's ongoing problem finding a job in his chosen field is depressing him. That's only natural. But this paranoia isn't healthy.

In response I told him that Mitt Romney is a perfectly lovely gentleman with whom we disagree on everything. That does not make him the Grand Wizard of All That Is Evil. And, while we're at it --

• Barack Obama is not a Kenyan-born Muslim working to eradicate Christmas
• George W. Bush did not participate in the 9/11 attacks
• The Clintons did not kill Vince Foster
• LBJ did not plot the murder of JFK
• The Kennedys did not kill Marilyn Monroe

Now, please, leave me alone with this shit. Thank you.