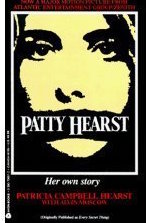 I saw Napoleon and his "mom" today. She was sitting on the corner, surrounded by his carrier and litter box, kitten beside her and nose in a book. I recognized it, even though the front cover had fallen away: it was the Patty Hearst autobiography I gave her husband! It made me happy to see her so engrossed in it. It made me feel old that this story is completely unknown to both her and her husband, but they're both readers, and readers love books. It makes me happy to put books in their hands. Especially used books that would be tossed aside but are now being enjoyed.

And I had another one for her in my purse. Caleb said he likes true crime, while his wife prefers "biography, memoirs and poetry." I found Waiting for Snow in Havana in our local Little Free Library. She was enthusiastic about it.

I also worked out at lunchtime. I feel better today than I have in a week. I think I discovered the key to overcoming depression: physical activity, and doing something -- even something that doesn't cost anything -- for others. 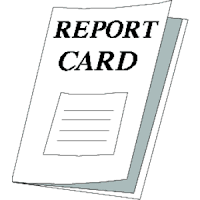 I had my review this week. My boss and my coworkers combined to give me a 4 out of 5. That's better than I gave myself, and as good as anyone will get.* I have to work on being more daring in my creative choices, and on not wearing my heart on my sleeve when things go awry. I'm seen as responsible, collaborative and supportive. And I have earned my client's vocal and demonstrated trust and respect, which goes a long way.

My boss says "no." He says he's wandered the halls, asking The Powers that Be about our sister agency in St. Louis and he says he's confident that there is no move afoot to get rid of us. He confided that his interest wasn't only in calming my nerves -- he has to work at least two more years before he can afford to retire.

So I'm moving ahead as though it is true that I'll be let go soon. I'm collecting samples and slowly building my online portfolio.

At least I'm no longer popping a Xanax first thing in the morning, and I'm able to think about the upcoming NLDS playoffs. GO, CUBS!

*Corporate discourages perfect scores, and here's why: If I got 5 out of 5, and there's no room for improvement, then why aren't I being promoted and how much of a raise do I deserve?