1. If you could witness any event from history, what would it be? I'd like to be in this photo. In 1860, when Abraham Lincoln won the Presidency, Springfield residents went to his home to celebrate with him. I've been to Mr. Lincoln's home many times -- and am tentatively returning again soon -- and love imagining how exciting and joyous this was.

2. What do you think about conspiracy theories? That some people are gullible, sad, and desperate to demonize. No, the 2020 election was not stolen. No, Dr. Fauci did not push certain covid therapeutics to get rich. No, the Clintons did not kill Jeffrey Epstein. No, JFK Jr. is not coming back from the dead to support Donald Trump. No, Barack Obama was not born in a foreign land ... I try to find compassion for people whose lives are so empty they cling to nonsense.

3. Do you like cartoons? Do you have /had a favorite one? My favorite show was Rocky and Bullwinkle. In addition to the world's favorite flying squirrel, there was always an episode of Mr. Peabody. I loved that Wayback Machine. 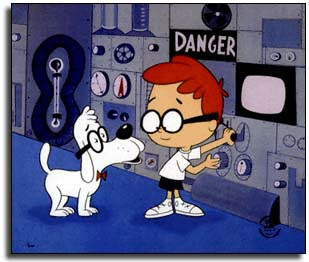 4. What did you most dislike in school times? The first day. How would I get all the way from the math/science wing to the English/language wing in just a few minutes? Where would I sit at lunch? It was stressful, man!

5. How do you think the end of the world will look like? I hope it's sudden.

6. What sounds are in your opinion relaxing? The sound of the sea? Traffic? Vacuum cleaner? Combine harvester on the field? Some kind of music? Birds singing? I like the constant sound of a train rumbling along the tracks.

7. Which would you take: The well-worn path or the road less traveled? Depends on the situation.

8. What was the last thing you read? I just cracked open William Manchester's Death of a President. I haven't read it in decades. I'd forgotten how well written it is.

9. What is one thing that has stumped you so hard you won't ever forget it? There are lots of things I'm really very bad at. Ice and roller skating spring to mind. I could give you loads more.

10. What are you interested in that most people aren’t? I don't know how to answer this, since I've found plenty of people who share my nerdy passions. For example, not everyone loves old movies as much as I do, but every year thousands of us congregate at the TCM Classic Film Festival.

11. What’s something you really resent paying for? Light bulbs and batteries.

12. What did you think was cool when you were young but isn’t cool now? I love shoulder pads. I wish they'd come back.

13. If you could choose a different time period and place to be born, when and where would it be? I'd like to have been born in the late 1940s. I think I would have made a great hippy.

14. Do you think cats have any regrets? No. I don't think dogs or frogs do, either.