Saturday 9: Sex as a Weapon

1. Have you or a significant other ever used sex as a weapon? I try not to.

2. Tell us about the worst date you ever went on. A woman that I volunteered alongside had a party. I attended and met her brother, who liked me very much. She told me as much and asked me if he could call me to "hang out." I said, "sure," because I thought he was gay. Um ... he's not. When I realized that what I thought was hanging out after work was a date, it was ... awkward.

3. If you were a god/goddess who would you be? You mean I'm not a goddess already? 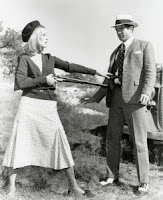 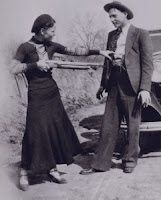 4. What crime from history fascinates you the most? Bonnie and Clyde's crime spree. The reality vs. the fable and why it still resonates.

5. Give us one random, but candid fact about you. I hate Seinfeld. I believe I could be the only one on the planet who can say this, but that show has never even made me smile.

6. Who or what makes you laugh until you're weak? My oldest friend. She is a troubled and troubling woman, true, but oh! We do make each other laugh. Even our arguments crack us up. Once, while vacationing in Las Vegas, we had big fight. I was helpfully pointing out her shortcomings as a traveling companion (at the top of my lungs). She responded by asking if I thought I was so easy to travel with, and pointed out that I need to go to the bathroom more often than she does. She said that she wished she could get the time back that she wasted staring at dirty tiles outside of public restrooms in every casino we visited. Then she hissed that if I'd been a Sioux, my Indian name would have been, "Princess Tiny Bladder." I was quiet a moment, absorbing this colorful criticism, and then I started to laugh until I couldn't breathe. I bet she doesn't even remember this story, but it's just one of a million examples of when she's made me lose it.

8. Among the people you know, who would you choose to be able to read all your thoughts? My best friend. Though sometimes I think he can read my thoughts.

9. How old were you when you realized that other people's families live totally differently from yours? 8 or 9. My older sister was thwacking me repeatedly with her hairbrush and my oldest friend (question 6 above) was quite surprised by the ferocity and length of this treatment. I could see on her face that what I accepted as normal wasn't.

Doesn't look too inviting, does it? 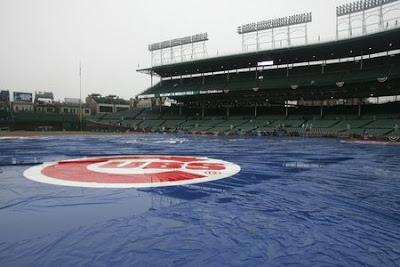 I just turned down a FREE ticket to today's Cub game! But it's 43º, the rain is now a drizzle but the field is still covered in puddles, beer and hotdogs and peanuts are not what this stomach needs today, it's not wise to leave work early for a ballgame the day after I took the day off ...