It should have had a happier ending 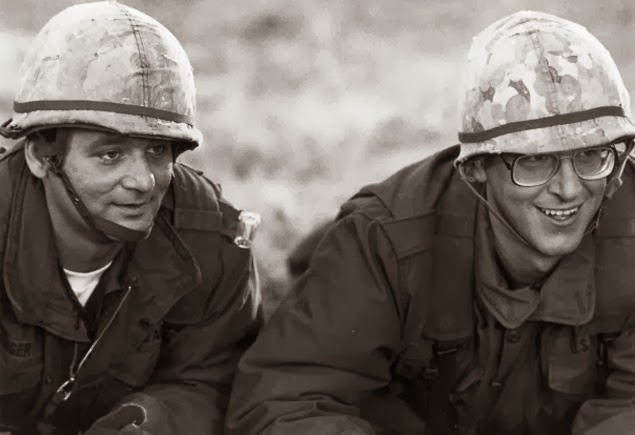 Chicago's own Harold Ramis died yesterday. He was a Cub fan, a prolific writer and director. Whether behind the camera, in front of the camera or by providing the script, he was responsible for some of the screen's most successful comedies, including Animal House, Caddyshack, Meatballs, Stripes, Ghostbusters, Analyze This and Groundhog Day. He worked most successfully with Bill Murray. They made hit movies together, and Ramis once said that the secret to making a good comedy was to hire Bill Murray and then remember to turn on the camera.

Their decades long friendship ended after Groundhog Day wrapped. According to this New Yorker profile, Ramis reached out to Murray more than once but Bill never returned his calls. Reportedly Murray said, "I've thought about it, but I really don't have anything to say."

This reminds me of the collaboration between Robert Redford and Sydney Pollack. Like Ramis did for Murray, Pollack directed the movies that defined Redford's screen persona. Like Ramis and
Murray, they became friends before they were famous and remained so for decades. And, like Ramis and Murray, success seemingly drove them apart. Once Redford became an award-winning director, it appears he became extremely competitive while Pollack got very jealous. Similarly, it looks like Murray may have resented being viewed by some as Ramis' "creation."

Fortunately Redford and Pollack reconciled before Sydney succumbed to cancer. Redford delivered the eulogy at his old friend's service and memorialized him for Time Magazine.  Sadly, Murray and Ramis were estranged to the end and when contacted for Time, all he had to say was, “Harold Ramis and I together did the National Lampoon Show off Broadway, Meatballs, Stripes, Caddyshack, Ghostbusters and Groundhog Day. He earned his keep on this planet. God bless him.”*

I understand that we each have to die. That's not what makes this story sad. It's that Murray and Ramis brought such joy to millions of us, but couldn't find it with each other. 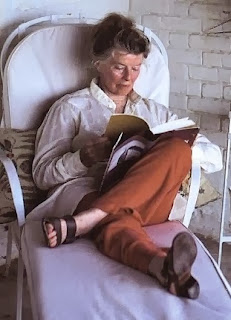 From The Country Girls Trilogy by Edna O'Brien, page 61:
"It's not a lie. He said the color of my hair was wonderful and my eyes were like real pearls and my skin like a peach in the sunlight." He said none of these things, of course, but once I started telling lies I couldn't stop.