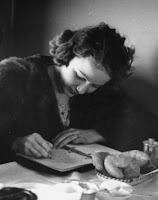 
ALLEY (noun)
3: a narrow street; especially : a thoroughfare through the middle of a block giving access to the rear of lots or buildings


“Broad lawns and narrow minds.” That’s how Hemingway denied describing Midwestern towns like the one I grew up in. If he did say it, he wasn’t wrong, at least not as I recall the 1960s. Fitting in and being alike were valued. Every residence was a ranch house. Manicured lawns were mandatory. So were driveways and garages.

That’s why the people across the alley fascinated me. They lived in the only apartment building in the neighborhood. From my swing-and-slide vantage point, I could spy all six back doors and where they left their cars. No garage! Just concrete parking chocks.

Apt. 1 – Ann and Walt, siblings in their 20s who moved in after their dad died and they had to sell their “nice house.” Their mom also died, back when they were still little. This made Walt especially romantic: An older boy who’d known suffering!

Apt. 2 – Mr. and Mrs. Morris. He carried a briefcase, so he worked in an office. She taught history at our school! It was thrilling to see a teacher come and go. The grownups wondered why they never went anywhere together.

Apt. 3 – Mr. and Mrs. Bray owned the building. Her glass frames made her look like a cat. She was friendly and always waved. I seldom saw him, but still hated him because of a dispute with my mother over garbage cans. I wondered if they made themselves pay rent.

Apt. 4 – The Harringtons were old folks raising their grandson. Michael was younger than me and had a harelip. The grownups whispered that Michael’s mother abandoned him because of his lip and so, since a dad obviously couldn’t raise a child, he lived with his grandparents.

Apt. 5 – For some reason, no one stayed here long.

Apt. 6 – The Rosses. Linda Ross was in my class, so she was my passport inside and around the apartment building. My favorite thing to do was to go to the Ross’ mailbox with Linda because opening it required a key.

At my local Burger King 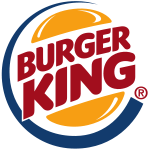 I had a quick lunch at Burger King today, and it was eventful. There were these two charming senior ladies, and I loved eavesdropping on their conversation. Their two conversations. They were happily each in their own little world, but sharing a booth. One was talking about church, the other replied with information about her garden. They were adorable.

Then their attention shifted to another woman, sitting alone in a bigger booth. She had a purse, a straw tote and a bag on wheels. A lot of luggage to bring with you to Burger King. She passed out and knocked her Coke onto the floor. The poor teens working at BK took turns standing over her saying, "Miss! Miss!" and getting no response. Then the paramedics arrived and said, "Miss! Miss!" before hauling her out on a stretcher and working on her in the ambulance in the parking lot.

Then the police came in and asked the two old ladies what they saw. They were completely into it. They described a young man who came in with her but disappeared -- either into the men's room or through the back door. As one cop went looking for the companion, to no avail, another went through the lady's purse, found her wallet, and extracted an out-of-state license. He called it in, and it turns out there was a BOLO for her! ("Be on the lookout" -- I have learned a lot watching episode after episode of NCIS.) The police assured the older ladies that our victim's fugitive status would not have any impact on the care she received at the hospital. I thought that was very nice of them.

Then they took her bags out to the ambulance, which pulled away with the lights on but not the siren. I assume that means she had come to and they didn't want to frighten her with the noise.