1) We're celebrating the last holiday of summer by going country. Who is your favorite country music artist? Garth Brooks

2) Gretchen Wilson sings that on Tuesdays, she gets up before dawn. This morning, did you awaken on your own, or did you need an alarm clock? Since I am answering these on Friday, I have go with alarm clock. The handyman was here at 9:00 AM, and I had to be ready.


3) She tells us that she doesn't waste her time on manicures or spay tans. How about you? Have you recently spent any money at the salon? Since the salon reopened in June, I have returned faithfully every 4-5 weeks. I'm afraid the guv is going to shut it all down again, and I can't bear that mullet again. I looked like The Tiger King.

4) She sings that she's the first to clock in at work. Have you ever worked a job that required you to punch a time clock? I have to fill out a time sheet. My agency bills the client based on how much time I spend on a project.

5) Gretchen Wilson says she is a big fan of McDonald's and tries to eat there once a day when she's on tour. In terms of sales, America's 3 most popular fast-food lunch destinations are McDonald's, Starbucks and Subway. If you could choose a gift card to one of those three, which would you select? Subway, I suppose. I like McDonald's, but Subway is more convenient, now that I'm working from home.

Since this Monday is Labor Day, the holiday established to celebrate the American worker …


7) Approx. 10% of Americans are self employed. Have you ever been your own boss? Yes. For 13 months I was between jobs and freelanced to keep the lights on. I enjoyed the freedom but hated the recordkeeping. Quarterly taxes! Ugh!

8) According to Monster.com, 50% of workers have left a job to get away from a boss. Are you one of the 50%? Yes, but I'm not elaborating because I don't want to give her another moment's thought.

9) Farmers feel the impact of extreme weather events. Have you ever had a job that required you to be outdoors most of the time? No.

Well, I WAS happy there for a while 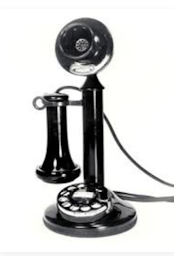 Thursday night, I had a nice conversation with Henry. It was 90 minutes long, which didn't give us enough time to venture into Crazy Town. Much of the call -- most, in fact -- was about me and about how very anxious I've been lately. He was compassionate, supportive and completely non-judgemental.

I know that's the the way friends are supposed to act, but there's the thing: since Henry's accident and TBI, he's been staggeringly self-absorbed at times. That he was able to put me first and be helpful not only made me feel loved, it made me happy because it meant he's still my dear old Henry.

Then the conversation changed. We started talking about Trump. Henry ALWAYS wants to talk about Trump. Always has! (I remember saying to Henry over Christmas 2015, "Stop it! He'll never be President!") Henry started voicing some conspiracy theory about the electoral college.

"Why are we even talking about this?" I asked. "We can't change the Constitution in 60 days. What are we doing to do to help Joe over the next 60 days?"

Henry kept going back to the electoral college and bribery. I couldn't steer him away from it. Now while I admit that Donald Trump has proven to us -- day in and day out -- that's he's indecent, I won't discuss conspiracy theories. Not QAnon shit, not the Clintons killed Jeffrey Epstein, not Princess Diana's "assassination." None of it. It's all nonsense and it insults my intelligence.

I finally told Henry that, unless he can tell me which state Trump bought and how he bought it, he was just as bad as the WWG1WGA nut jobs. I backed up my argument by saying that -- except for a handful of swing states -- the electoral map has been pretty much the same since Bill Clinton beat George H. W. Bush. And besides, how does any of this help Joe Biden? Let's talk about Joe. Let's be positive.

Henry said he would research his electoral college conspiracy theory and email me links to back it up. Confident that he never will -- because he'll either forget or because, since it's a shit theory, he can't find anything -- I promised him I'll examine whatever he sends me. Then I told him I had to go.

I thanked him so much for being my friend and listening. I told him I loved him. He said he loved me. I told him that, Thursday night, he made a difference in how I felt about the world. He said I was his "one true sister" and I could always count on him.

I thought we were fine.

Today, Reg called. He wanted to know what Henry and I talked about that had him so upset this morning. Reg told me Henry wouldn't articulate it, just that our conversation left him feeling "bad."

WHAT? I was gobsmacked. Two-thirds of our 90 minute conversation was loving and positive. And the last half hour was just silly. I didn't think it was angry or argumentative. I just kept trying to change the subject and then I dropped it. Besides, the conversation was negative and ridiculous.

I apologized for upsetting Henry. In fact, I thought our conversation would have the opposite effect. Henry is forever complaining that everyone treats him like a child, I said. And Thursday night, I turned to him as an equal and he responded. I thought that was wonderful.

Reg reassured me that it is wonderful, and that the problem isn't me, it's his TBI. Henry has trouble processing information and moods and it causes him to lose perspective, to cling to the bad and dismiss the good. He reminded me of something I've said ever since Henry's accident back in October 2018 -- "Henry is still in there somewhere." The old Henry came out on Thursday night, Reg said. It was the TBI Henry who woke up Friday, feeling agitated.

So here is my dilemma -- Henry hates to be patronized. He complains about everyone treating him like a child. But maybe that's what I need to do. Maybe instead of saying, "I don't believe in conspiracy theories," I should have jumped ahead to, "Send me your research and I'll read it." Perhaps that way I could have gotten him to abandon the Trump toxicity without him feeling so bad.

I'm learning. In my way, I'm getting better, too.