I'm so weary these days I don't know what to think about anything. This is the third weekend in a row that I've worked and I'm tired. There was a time in my career that being the go-to girl was fulfilling. Those days are over. I have too much to do in too little time, and I don't feel confident I can deliver my best for my client. It's stressful.

Adding to my stress was a Mac problem. As my MacBook Air started up, the Apple briefly flashed blue/green. I really need my computer these days, as my work Mac is a piece of shit and I can't compose with any speed or fluidity. (It's hard to be creative when you're worried your "e" and "t" are sticking.) Anyway, I did preliminary online diagnostics with the good people at apple.com and they told me they could find nothing wrong with my laptop and I should take it to the Apple Store on Michigan Avenue, which I did on Friday.

I was crazy nervous all day. I had so much work to do, and I had to knock off early to go downtown. I hadn't been in the city since last July. You're reading the musings of a gal who has been to work in the city every day for more than 40 years. (Except for the year I worked out by the airport, but never mind about that now.) I missed my city so much, but I was worried about public transportation in the age of covid.

It was a sunny day. The city was pretty. The streets are full of cars but the sidewalks are still pretty empty. And my MacBook Air? It does what it's doing because it does. I have no software glitches, no hardware issues. I have to remember to reboot more often (instead of just putting it to sleep) and the tech deleted a ton of unused/never used apps and files and stuff. But it's fine. And I'm grateful.

Since it was my first time downtown since July, John and I were eager to get together. But he cancelled on me last moment. The reason was disturbing. He spent a few hours at his favorite bar, The Hole, and realized he wasn't feeling well and was going home. He has trouble breathing and needs his cane to walk any distance. He thinks the problem is his medication. He's been "playing with the dosages." Why?

He hasn't seen a doctor since late 2019, after he lost his job. Obamacare is "too expensive." He was eligible for Medicare in July 2020, but he couldn't get his shit together to make a decision about which plan. ("They inundate you with paperwork!") Never mind that he was unemployed, everything here was locked down and he had nothing better to do than read the paperwork. Never mind that he has friends who are already enrolled and could have advised him. He just didn't do it.

So he's been hoarding and meting out his meds now for more than a year. Without insurance, Entresto costs $700/month. I believe he's also taking Ozempic. That's more than $900/month. 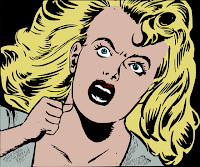 Meanwhile, he has a "job" at The Hole. He goes in a couple times/week (yeah, right; I know it's every day) and answers any questions they may have about marketing and menu, and they give him free food and drink. How nice.

I am upset about this, and at a time when I can't afford to be. I've got to work on my project all day/every day until Wednesday afternoon.

I love John, and I am too mad at him to stand it. He's going to let himself fucking die because he couldn't be bothered to sign up for the healthcare coverage he's been paying into since he was 19.

But nothing is ever all bad. Elaine from movie group -- which has been on Zoom for a year now -- was eager to meet me in person. Insistent, in fact. My cat Reynaldo has been crashing our meetups and she's become a fan of his, sending him messages in the chat. She has a senior cat, too. Anyway, when she heard I was going to be in the city on Friday, not far from where she lives, she thought it was time we saw one another 3D and in real life. 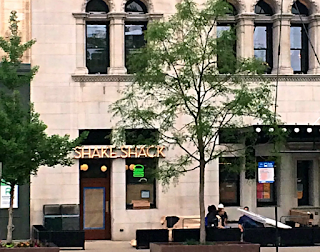 Once the worry over my laptop was alleviated, I was ravenous. She introduced me to Shake Shack. It's farther down on Michigan than I usually travel, but it was spectacular. And it was good to talk to someone who doesn't have a TBI (Henry) or dementia (Kathy) or bipolar disorder (my oldest friend) or whatever the fuck is wrong with John.

I learned that Elaine is long divorced and recently broke up with "a boyfriend" (the term amuses me because I know she's over 60). She "consults," but to be honest I don't really understand what she told me she does for a living. She did say she considers herself retired, because and until someone hires her at her regular consulting rate. She won't sell herself short.

Mostly we talked about our cats. We're both ridiculously indulgent fur moms.

Then I walked the half hour it took me to travel a mile from Shake Shack to the train station. I enjoyed wandering about. The city is slowing waking up and it was good to see. I was surprised, though, that in all the time I was walking I didn't see a single taxicab. Elaine told me that she hasn't seen them cruising around anymore, that you can't hail them you have to request them on an app. That made me a little sad.

It was good to take the commuter train home. Everyone was masked, but it still felt normal. Normal is nice.

Now I must get back to work!