Psssst! All he's wearing is his crown!

I used to work at a terrific agency which was owned, and run, by a really great man. He retired, sold the agency, and eventually it was folded into a multi-national corporation and is no more.

There's a Yahoo! message group for former employees, and it's being used to organize a reunion. Lovely idea, right? Well, the guy who is running the message board is demanding that we all do more than merely rsvp to the reunion. He insists we complete a poll, too.

You see, for 24 years he was a powerful senior vice president at the old agency. He sat on the right hand of the great man who ran it. The thing of it is, though, he retired in 2000. That was 10 years ago.

When I receive these high-handed emails, requiring me to respond to the poll, I simply smirk and dump them. Part of me wants to say, "You're no longer the boss of me," but I don't bother because, in reality, this pompous old gent really doesn't take up that much space in my consciousness anymore. He's not even actually planning the reunion -- he just runs the message board that disseminates the information.

I'm surprised by how many emails he's received back titled, "YES to the reunion, NO to the poll." Apparent

ly his bossy attitude is rubbing many the wrong way. It's too bad, because the reunion could really be something special … if he doesn't poison the mood with his officious ways.

Maybe it's hard for the emperor to accept that he's naked, that after nearly 34 years, he's no longer the center of the universe, he's now someone many of us would pass on the street and wonder, "Didn't I know that guy?"
Posted by The Gal Herself at 1/25/2010 05:10:00 PM No comments:

It leaves me breathless 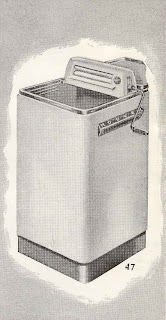 And not in a sexy way, either. I'm feeling better today, my fever is gone, so I'm taking on the laundry. I figure that if I can do that comfortably, I'm ready for work tomorrow. After all, I'm a writer -- I don't need to plow the back 40.