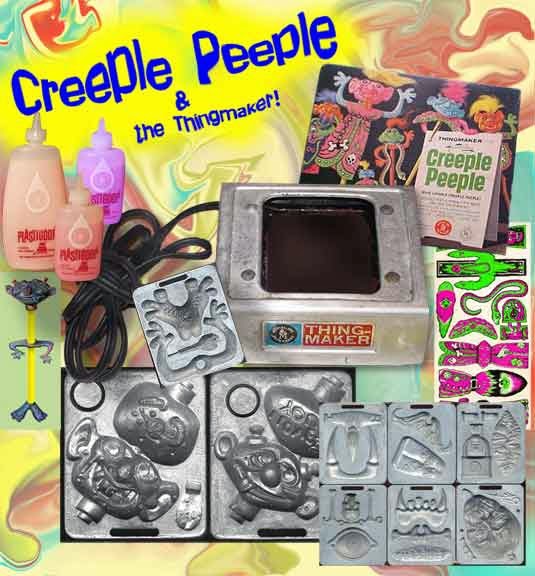 When I was a kid, my oldest friend and I used to play with her Mattel Creeple People Thingmaker. We poured plastic Goop into trays, heated it in the Thingmaker, and then had creepy plastic people to play with. Actually, we never played with them. The fun was in the making, not in the playing. I've never forgotten the smell of the Goop in the Thingmaker.

Good thing. Because when I got home this evening, I smelled it in my kitchen. Accompanied by an unfamiliar hum.

Much to my horror, I discovered that one of my stove burners had been on. Perhaps for hours. And the Creeple People smell came from my bag of laundry supplies, which was perched atop the stove. My guess is that Reynaldo walked across the back of the stove, where the on/off buttons are, and turned it on.

Pharrell Williams is suddenly adorable. Nominated for an Oscar for 2014's feel-good song "Happy" from the children's movie Despicable Me 2. Newly married to his long-time girlfriend. A proud papa to son Rocket. A philanthropist who willingly auctioned off his famous Grammy hat for charity. 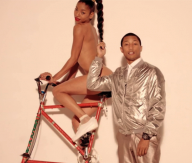 The thing of it is, last year he was one of the fully-clothed strutters surrounded by nude women in Robin Thicke's "Blurred Lines" video. He sang on that ode to "no doesn't always mean no" and shares a writing and producing credit. So every time I see him, my skin crawls a little.

Mr. Williams says that not only do my lying eyes deceive me, so do my lying ears, and that when I hear lyrics about giving the girl "something big enough to split her a** in two" after getting her high whatever it is that they got from Jamaica, the stuff that "always works from Dakota to Decatur," it's not sexist.

"People who are agitated just want to be mad, and I accept their opinion. I appreciate everything “Blurred Lines” became."

I get it. I'm just a humorless feminist. So pardon me if I don't melt at the clip of him welling up as he and Oprah watching children sing "Happy." His attitude about how men and women should regard and treat one another doesn't leave me happy at all.

Mad Men is back from hiatus, and its return is very welcome. And not just because Jon Hamm is so very dishy.

It's consistently the smartest, best scripted show on TV. Even when the characters surprise me, their behavior is completely in keeping with the personalities as established. I can only imagine how hard that must be for a show with so many characters and plotlines.

It's also very true to the period and takes such pains to get the little details right. Last night the second Mrs. Draper, Megan, got a callback for the pilot of this show. It was much hyped but little viewed and virtually forgotten by everyone ... except the good people at Mad Men. It's just the type of project a New York soap opera actress would audition for in 1969's Hollywood.

I also liked how the women are still being treated. The changes that came about in the workplace didn't happen because men became enlightened. They occurred because women got fed up. Peggy and Joan are rapidly approaching their boiling point and the show depicted this beautifully. (It doesn't hurt that I, like Peggy, began my career as a secretary and worked my way up to creative director.)

I can't think of another show that treats its characters and its audience with as much respect as Mad Men does. Which doesn't mean last night's season premiere didn't provide me with more than couple smiles. My favorite: "There's someone above you and someone below you and everybody's buying everybody dinner." Welcome to advertising!

I'm so gonna miss this show when it's over.

PS My agency was mentioned within the first 10 minutes. Hope my new client was watching.

I spent three hours doing laundry yesterday. Mixed, darks, greens and purples. The last two loads were because I bought so many lovely little green and purple pieces for spring.

Now that my new blouses and t-shirts are freshly laundered, it's 30º and snow is predicted for this evening.

Of course, there's been nothing average about the weather in 2014.