Maybe the fever is broken! 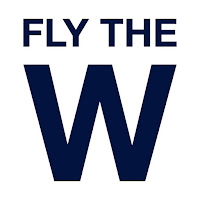 Jake Arrieta just didn't have it. He gave up 4 runs in one inning and was pulled. And what happened? Carl Edwards, Jr. came through and picked up the save. Even better ...

Run production, by two players who haven't been hitting. First Addison Russell, then Kyle Schwarber hit dingers out of the park. Anthony Rizzo got an RBI double, too.

All the boys I was worried about in the post below were fine today. Maybe they can relax and stop pressing so hard.

Maybe I can relax and just enjoy the games.

How can I help?


Baseball is a beautiful game. It's pretty to watch. Like the best theater, it moves at a careful pace, builds to a climax, and always provides a denouement. Baseball has a symmetry, a fairness, a beauty that other sports can't touch. I know hockey and basketball pretty well and there's a speed and violence to those games that aren't attractive.*

Because I feel this way, I am obsessed with what's going on with my Cubs. As of Saturday, they were in second place. 30 wins and 31 losses.

The reigning World Series Champions aren't even playing .500 ball? What the hell?

I think there's a crisis in the clubhouse. Since they don't invite me in, I can't say for sure what it is. But here are my best guesses:

Lack of leadership. "Grandpa" David Ross retired. This veteran catcher was the acknowledged elder statesman. He's the one who'd seen it all, done it all before, and put it all in perspective for a team of 20-somethings. During Game 7, when first baseman/big bat Anthony Rizzo whispered, "I can't control myself right now. I'm trying my best, but I'm an emotional wreck," he did it with his arm around David Ross (who was wearing a live mic). And Grandpa told him, "It's only going to get worse. Just continue to breathe." Big Rizz responded with an RBI.

And now Grandpa is gone. Rizzo and Schwarber just aren't hitting anymore. I don't think it's their mechanics, I think it's their minds. I suspect they're responding to the pressure to repeat the magic and heroics of last season. Someone needs to remind them to "just breathe."


Russell's a mess. There are allegations that Addison Russell -- our All-Star shortstop -- is involved in domestic violence at home. The league is investigating, as they should. But even if Russell never raised a hand to his bride, here are some stats (because baseball is all about the stats):

•  He's 23 years old.
•  In 2016, he married the mother of his baby when she was pregnant with their second child.
•  He's batting .207, and he doesn't appear especially present in the field. (And that was before the Baseball Commissioner, the Cubs' President and the Cubs' General Manager began asking him about his personal life.)

When I was at the game Friday, I saw so many little kids -- boys and girls alike -- wearing his #27. I wonder if he's aware that he has a responsibility to those children, and that he may well be letting them down.

Okay, so I've posted my POV. Now what can I do to help? I can't think of a fucking thing. And that's so frustrating.

*Though I had the privilege of seeing Michael Jordan play in his prime, and the only sight that could touch it was Baryshnikov.