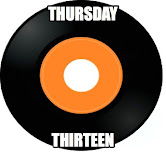 The Thirteen Most Popular Songs, January 1982.*  I can still sing along with the first 12. Even with the ones I never especially liked (#2 and #4). That's how powerful and influential Top 40 radio was in my life 40 years ago.

3. Let's Groove -- Earth, Wind and Fire (My favorite; though I only ever knew the refrain. Hearing it digitally makes the lyrics so much clearer than they sounded through my AA battery-operated Walkman. )

9. Turn Your Love Around -- George Benson (My then boyfriend loved this one)

11. Yesterday's Songs -- Neil Diamond (And now it is one of yesterday's songs)

12. Coming In and Out of Your Life -- Barbra Streisand (the girl can break your heart with lyric)

13.  The Sweetest Thing I've Ever Known -- Juice Newton (Your Honor, I swear I've never heard this before in my life)

*According to our friends at Billboard.

It started back in October. That's when I began investigating Obamacare options for zip code 33041. I sent them to Henry's husband, Reg. Since Henry's TBI, Reg has to be the one to make the decision and sign up.

In November, I took a deeper dive. The hospital in Key West has an advisor on staff who can help locals enroll and fill them in on any discounts they may be eligible for. I sent this to Reg.

In December, I passed all of this information on to Patrick, who began living with Henry and Reg just before the holidays. Patrick offered to sit down with Reg and help him with enrollment. He was rebuffed. Emphatically. 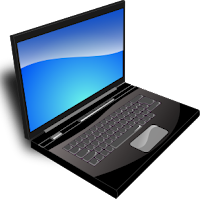 I do not understand this. Why would anyone want to go without insurance coverage during a pandemic?

Also, whenever Reg isn't working, he's farting around online anyway. He watches YouTube videos and writes long, rambling Facebook posts about how difficult life with Henry has become. He has become so dependent on the "likes" and the supportive, "how do you stand it?" comments from people not as familiar with the situation as they might be. Why doesn't Reg spend an hour of that online time improving that difficult life?

Henry is worse than he was when I last spent in-person time with him in 2019, but not as bad as he was at the height of the pandemic lockdown in 2020. This tells me that his condition is evolving. The medications he's taking may no longer be adequate/appropriate. He needs a full neurological workup -- most likely in a hospital in Miami. He hasn't had one in more than two years.

Reg is tired and angry. He doesn't make shaving or hair cuts a priority anymore. He also no longer maintains boundaries with Henry. Reg indulges and indulges Henry's bad behavior to avoid constant, daily battles but then finally he can't take it anymore and blows up. Henry is confused and hurt by what he perceives as Reg's cruelty. Reg needs counseling -- anger management of some sort -- to help him cope with his unique circumstances.

Neither man can get the help he needs without insurance. They can get insurance for about (using online calculators) $300/month. It would be even less if Henry were declared both disabled and incompetent.

The Obamacare enrollment ends at 11:59 on Friday. I'm nauseous thinking about how that deadline will pass without them being covered.

I just sent Patrick another link, hoping he can use his proximity to greater advantage and convince Reg to act. I'm not hopeful, but I felt I had to do something.

But now I have to, in Patrick's words, "detach with love." I have to let it go.

I am not good at this.