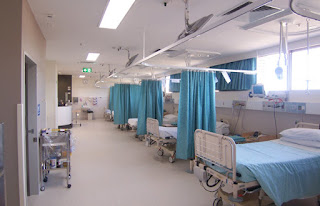 I've been thinking a lot about two friends I met back in the 1980s -- Mindy and John. In those long ago days, we talked about movies and music and bars and boys.

Today we talk about angioplasties (Mindy's husband) and heart failure (John) and dementia (Mindy's mother) and c. diff (me).

Barb and Kathleen entered my life in the 1990s. Back then we talked about our careers and our love lives. Today we talk about oncologists and gastroenterologists and our prospects for retirement.

Suddenly, it feels like we all got old. I don't like it and want it to stop.

"Old age is a shipwreck"

My friend Mindy is one of the nicest people I've ever met. She forever sees the best in people, and has almost infinite patience.

Over the decades of our friendship I've come to know her family rather well, and I see how she became the woman she is. Mindy is the younger of two daughters. Her older sister would've made a great hippie. Sis doesn't care for makeup or fashion, is happiest in jeans and a t-shirt riding her horse or playing with her dogs and cats. Sissy got good grades and graduated from a Big 10 college, but when she married she chose a laborer. Last I heard, her husband was a carpet installer. The couple scandalized Mindy's and Sis' mother by getting married in the park. (People sat on folding chairs!) Sis and her husband now live in a working class suburb with a median HHI of $73,000.

Mindy followed the path her mother wanted her to take. She dieted religiously and still watches every forkful that goes into her mouth so she'll stay thin. She married a boy from a good family in a huge ceremony (I was one of the bridesmaids). He's in banking. She's in PR. They have two sons, and live in an elite suburb with an HHI of $110,000.

Their mother has never bothered to hide that Mindy is her favorite. This has defined my friend her entire life. She has always felt a tremendous responsibility to live up to her mother's expectations.

Mindy's mother is now dying. Her lifelong smoking habit, problems with her legs and dementia have caught up with her. She's in hospice, and she's a handful for the caregivers. 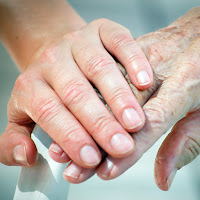 Tuesday Mindy confessed to me that she hates visiting her mother. It's disconcerting to see how much the old woman enjoys being fed like a baby. Mom complains that the nurses aren't attentive or fast enough to help her into her wheelchair or, preferably, carry her when she gets bored and wants to get out of bed. She's bitter that her daughters do not spend enough time with her -- they each visit once/week. Yet when they try to reminisce with her about her husband of more than 50 years (dad died 9 years ago), she barely remembers him. Mom has no interest in hearing about her grandsons anymore, either, and seems to resent it when she isn't the topic of conversation.

Mindy knows that much of this is meds and disease. But it's difficult for a daughter to see. And it hurts Mindy that her mother has forgotten her father and ignores her sons.

Sis also hates spending time with Mom but Sis doesn't feel guilty at all, maintaining that this is how their mother has always been, it's just illness has left her unplugged and unfiltered. Mindy fears that Sis might be right. And this makes her feel even worse.

I reminded her that, after visiting his father who'd been debilitated by stroke, President Kennedy said, "Old age is a shipwreck." No one wants to see their parents this way. No one enjoys time spent in a care facility. I told her that what she's feeling is perfectly normal. I confessed how angry I was (and still am) at my own mother for some of the choices she made at the end of her life, but that at the same time I still love and miss her.

So it was clear I was not shocked by anything my friend said. I told her that any time she wants to vent about this, she should vent to me. I promised her I won't even bat an eyelash.

Liz and I are back together!

I don't like smelling like anyone else. As I make my way through the cosmetic department I swat away the testing strips of Coco Mademoiselle and D&G Light Blue. If a cologne is popular, I don't even want to try it.

Until recently, I've been wearing Exceptional, a scent I've only been able to find at fragrance.com. I discovered it when they included a sample with an order. I've been happy with it, but I ran out of the small size so I couldn't replenish it after I worked out or late in the afternoon. I'm trying to economize, and placing another order right now just isn't in my budget. 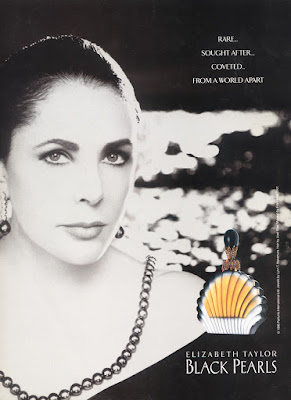 Monday morning I grabbed the lonely little bottle of Elizabeth Taylor Black Pearls body lotion that had been, literally, gathering dust on my counter for years. I wasn't sure it would still have any scent at all. That little frosted bottle was at least 10 years old.

It smelled wonderful, just as I remembered. Spicy, vanilla floral. Very unique. I tossed it into my purse and wore it happily all day, occasionally stopping to sniff my own wrist. I tried to remember why I stopped wearing it ...

Oh yeah, Liz discontinued it. I recalled that I went on a buying binge, snapping it up wherever I could find it and then not wearing it because I didn't want to use the last of it. (Really, that makes a kind of twisted sense.)

I found my stash in the closet, in a dresser drawer. Bottles and bottles of it. Even though it's cool and very dark in the closet, much of the eau de cologne has completely lost its scent and I had to toss a few bottles. But all the body lotion, in various sized bottles, is still good.

I'm so happy. I have enough of it to make my new scent one of my favorite old scents. And I discovered that since Miss Taylor's death it's been reintroduced and is now available again on Amazon. The bottle looks a little different than it does in the ad above -- from its original introduction in 1996 -- and I've read online sniping that it's been reformulated. On the other hand, I got the Amazon link from the official website. So when I run out of what I've got, I may buy some more.

Or maybe I'll go back to Exceptional.

It's scary how much thought I give this, isn't it?

At any rate, I'm happy to be wearing Black Pearls again.