The Queen's Meme -- The Firsts Meme

1. When you looked at yourself in the mirror today, what was the first thing you thought? "My, how many chins do you have goin' there?"

2. Where did you go on the very first vacation of your life? Duck Lake in Northern Michigan. I remember being embarrassed because, since the cottage only had a shower 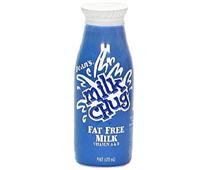 , my mother gave me a bath in the sink.

3. Open the door of your refrigerator. What is the first thing you see? The Dean's Milk Chug (for my cereal).

4. Tell us about your first kiss OR your last first date. I'm sad to report I don't remember either. So instead I'll tell you about my last great first kiss. We were sitting on his sofa, watching the godawful movie that followed Mystery Science Theater. It was closer to dawn than midnight and still he was resisting taking me home. I must have dozed off on his shoulder because I was awakened by the greatest kiss in this history of tongues and lips.

5. If you had wings to fly about the universe, where is the first place you'd land? Someplace cool, with a lot of shade.

7. What is the first thing you ever said to your firstborn? Don't have one of these, either.

8. What is the last thing you heard about your first love? My mom mentioned that he was in town for his father's funeral and reported that his glasses were "funny looking." I didn't ask her to elaborate.

9. If you had created the world in seven days yourself, what would you have created on the First Day? Baseball

10. What is the first song in your IPOD or song list? "A" by Barenaked Ladies. Not surprising, since my song list is alphabetical.

11. What is the first tangible thing you lost that you could never find again? I'd say, "my virginity," except I know exactly who took it. (See Question #8.)

12. Who is your favorite First Lady of all time? Has to be JBKO, my all-time hero.

13. Post a link to your first blog post. Good goobies, but you're bossy today, My Queen. You know how to scroll. If you're that curious, you can find it yourself.

14. When was the last time you needed FirstAid? When trying to liberate my new camera from all it's packaging, I cut my left index finger.

15. Can you explain the first down in football? No. Sorry.

Sometimes moments seem to crawl along, while years are zooming by, and I'd like that to change, please.

Not only is Ringo Starr now 70, but one of my clients died over the weekend at 71. He was a terrific man, one of my favorites because he was always lively and enthusiastic. His death was sudden, a massive heart attack. I suspect that was a blessing for him, but difficult for his family.

As I looked over his obituary and saw the richness of his life, I wasn't surprised. He seemed like one who would be involved, not on the sidelines. But I also saw a life that may have looked ordinary. A tour of duty in Vietnam, followed by an associate degree and a career in finance with a handful of companies right there in the hometown he never left. He married young and is survived by that same wife, as well 4 children and 7 grandchildren. At the time of his death, he'd already lost his parents and two sisters (one was his twin). For 25 years he refereed the high school's home football games. He went to work every day, sitting in his cubicle, doing his job day in and day out with integrity. I find much to admire about the way he conducted his "ordinary" life. And this past weekend he died.

I wonder if he felt it went by too quickly.

I look at my mom and know that, while virtually his age, she no longer has the stamina or mental acuity he demonstrated as recently as last week.

I think of my own life -- how the All-Star break is almost upon us, June 2010 is but a memory, and how my vacation in Williamsburg feels like it was just yesterday. 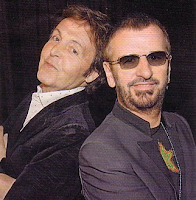 Ringo is the first Beatle to reach this milestone. And, since the ranks of the Fab Four have tragically diminished, attention must be paid to this auspicious event.

So here are some facts about The Funny One. Take a moment today and send an affectionate birthday wish his way.

• Born Richard "Richie" Starkey to Elsie and Richard in Liverpool.

• His parents divorced when he was very young and his mother was remarried to Harry Graves, who encouraged young Richie's love of music and enjoyed Beatlemania immensely.

• Was a member of Rory Storm and the Hurricanes when the Beatles persuaded him to join their group in 1962 (being the first Beatle born but the last to join the band makes him both the youngest and the oldest Beatle).

• Twice married -- to Maureen, a local Liverpool girl and the mother of his children (Zak, Jason and Lee) from 1965 to 1975, and to Barbara Bach, the actress he met while filming Caveman, since 1981.

• As a Beatle, some of his best-known vocals include "Boys," "I Wanna Be Your Man," "Act Naturally," "Matchbox," "Yellow Submarine," "Octopus' Garden" and, perhaps most famously, "With a Little Help from My Friends."

• Paul McCartney is not the only one who feels Ringo is underestimated as a musician, since his post-Beatle career has included successful collaborations with rock luminaries like Todd Rundgren, E-Streeters Clarence Clemons and Nils Lofgren, Levon Helm, Dr. John, and Dave Edmunds.