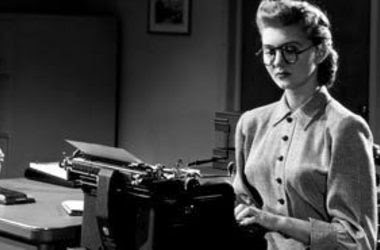 I stayed late and plowed through and finished developing two different concepts for introducing specific 2010 tax law revisions to the public. It didn't come easily and it wasn't fun, the way my job often is. My difficulty didn't spring from the subject matter -- over my career I have written glowingly about tube socks and mud flaps. No, today the problem was that I just couldn't get into the groove.

I'm pleased with the final result, which is only right. I mean, my clients don't get a special, reduced rate for work done when I'm not into the groove. And now I get to eat dinner and enjoy what's left of my evening, knowing that my four-day Labor Day weekend won't involve working from home. Yea!
Posted by The Gal Herself at 9/03/2009 10:09:00 PM 3 comments: Links to this post

Day 3. Planning ahead. I am looking at my day differently now, giving more thought to what I consume and even anticipating my day ahead of time. For example, today is Beer Cart day. On a day like this,* I KNOW I will want that brewski. So I had a lighter lunch -- hard-boiled eggs, grapes, cheese and crackers. My Bud Light is guilt free, and, in fact, acting as my muse, and I'll still be able to have whatever I want for dinner without going over my 1890 calorie-allotment.

This is so sad 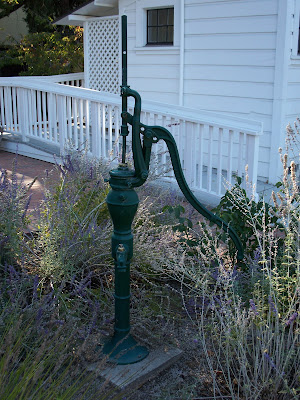 My word well has run dry. No matter how hard I pump, no words come forth! I have to write tons of copy about the 2010 IRA tax laws, and make it (if not fun, at least ...) interesting and accessible. And I am hopelessly STUCK!

I shall now check the Illinois State Lottery ticket in my wallet. If I am not suddenly a freshly-minted millionaire, then I'm afraid I can't quit this job and must finish this project. So then I'll get some lunch. Maybe having some grub will inspire me.
Posted by The Gal Herself at 9/03/2009 11:54:00 AM 4 comments: Links to this post

Therapy? Did someone say "therapy?"

I found The Therapy Survey over at Kwizgiver's.

When was the last time you cried?
Months ago, while watching Marley & Me ("You were a great dog, Marley." "Goodbye, Clearance Puppy.")

What made you angry this week?
Over lunch on Tuesday, a coworker compared and contrasted Chicago and LA by explaining that at least the homosexuals here stay in the closet. Reminded me of why I shouldn't go out to lunch with coworkers.

What was the happiest day of your life?
I've had many. The first one that comes to mind is an evening in summer 1976 at the old Chicago Stadium when I first saw Paul McCartney live.

Have you ever laughed until you cried?
Yes

Have you ever laughed so hard you peed your pants?
No

Have you ever been suspicious of someone?
Yes

What was the last thing you envied?
How nice this woman on the street looked in her belted sweater.

Are you sarcastic?
Who, me?

Have you ever had your heart broken?
Oh, yes.

What is the last thing that disgusted you?
A scene in a Wednesday rerun of NCIS: a murderer cut out her victim's eyes

Have you ever been truly afraid because of a scary movie?
Yes. Dressed to Kill.

What is you biggest regret?
Not flossing when I was younger.

Have you ever had an obsession?
Other than the Cubs? (They play the White Sox today.)

Do you feel pity others who have less than you?
Yes

What is your biggest fear?
Suffering through a firey plane crash

What was the last lie you told?
I can't recall. Not that I'm ubertruthful. I just can't remember the last lie I told.

Have you ever cheated in a game among friends?
Not as an adult

Who was the last person you flirted with?
I don't even remember. Isn't that sad?

Have you ever seen an image that made you physically ill?
No. Several have come close, but none has succeeded.
Posted by The Gal Herself at 9/03/2009 12:56:00 AM 3 comments: Links to this post