No friend of mine! 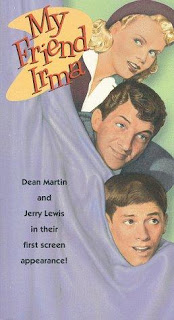 The 2017 hurricanes have such benign names: Harvey and Irma have arrived and Jose is on the way. And I've come to fear and loathe those names.

My friends in Key West have chosen to ride out Irma. I believe this is very unwise and I'm sick with worry.

Their motivation is financial. Henry insists that they are still making their honeymoon trip to see his family in Puerto Rico on the 14th* and doesn't want to "waste" money on motels and dining out. When I pointed out at that it would only be for a night or two, he argued that's not the case -- once you leave the island during an evacuation, the authorities decide when you can return. He's afraid it could be weeks, and that would result in big bills.

I countered that insurance would reimburse him, but he argued that would take months. He really misses his mother and needs to see her. Between the hurricane causing damage to his hometown in Puerto Rico and her advanced age, he feels real urgency about being with her.

He apologized, but said his mind was made up. I could hear his husband Reg in the background, not especially amused or sanguine about riding out a Category 4 storm with a generator, Spam and wine. I figured if Reg can't convince him, I certainly can't.

And so now I worry and pray. These guys are closer to me than family, and I love them very much.

* I have no confidence that the airports in Miami and Puerto Rico will be operating on the 14th, but Henry believes. 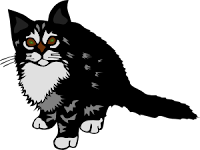 On Tuesday and Wednesday, I looked for him. I knew he wouldn't be there, but I imagined him there on the street corners where he spent his days. Curled up, sleeping like a tiny fur shrimp amid the hubbub of morning rush hour. Or alertly chasing shadows, wandering as far as his leash would allow. Or attacking one of the cat toys donated by one of his passerby fans. Or, best of all, sitting quietly and making love eyes at me as I scratched him between his ears.

I miss little Napoleon. I am so glad I got to have a nice long chat with his human last Thursday, before the Labor Day holiday. I know that Napoleon and his people left Chicago for a job opportunity in Indiana. If they had just disappeared, without explanation or the opportunity to say goodbye, I would have been tormented.

After all, Napoleon and his humans are homeless, living out of tent. So many things could have happened to the kitten, most of them cruel. And this little doll baby brought me a lot of joy, so I'm far happier imagining him with his people living indoors in Indiana.