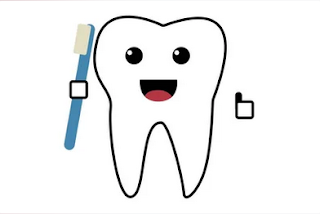 So this morning, I'm using a dental pick between my teeth. I'm trying to stay healthy and take care of my gums. And guess what: a crown on my molar popped off. The whole damn porcelain thing.
I'm sure that's another $500-$1000. And more hours in the dentist's chair.
Not happy. Thank goodness for dental insurance. Imagine how much unhappier I'd be without it!

I can't save them all

At the beginning of the pandemic, I was very worried about Chicago's homeless. I know how hard life on the street is, and how dependent they are on the foot traffic of office workers in the Loop. I kinda adopted a homeless man on the corner of Michigan and Lake. He used to have a tortoise shell cat that he doted on. At the beginning of the pandemic, he was convinced by a nice lady to surrender her. He said he missed her, but he realized she was better in a safe, stable home.

Now that I'm back downtown regularly (every Tuesday, sometimes Tuesday and Wednesday) I see him again. Same spot. New kitten. Another little girl. He told me proudly that she was up on her shots.

While she looked good, I'm sorry to report he did not. There were scratches on his face and a cut on his nose. They were not the marks of kitten. My guess is a fall or maybe a car accident.

The next time I saw him, two Tuesdays later, he was asleep -- right there on that noisy corner -- and he didn't have the cat. I left him a blessing bag (tissue packet, cough drops, breakfast bar, clean mask, and a $1 bill) and an additional $5.

Some stories just don't get a happy ending. 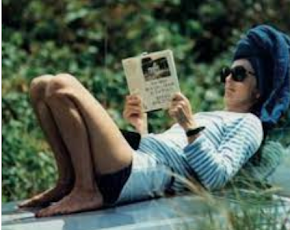 1. What are you currently reading? All About All About Eve by Sam Staggs. All About Eve (1950) is one of my favorite movies. Perhaps you've heard the most famous quote, "Fasten your seatbelts. It's going to be a bumpy night." This book is showing me how it got made. It's filled with Hollywood gossip (a young Marilyn Monroe had a small part, and it's funny how people who barely noticed her in real time later recalled knowing all along she was something special) but I'm also learning a great deal, too. I especially loved the little things -- like the details the art director and set designers included and why. Film is a collaborative art form, and I appreciate that more when I better understand everyone's efforts.

2. What did you just finish reading? Back in the Burbs by Tracy Wolff and Avery Flynn. Eccentric Aunt Maggie is the only relative who ever "got" Mallory. Now she's dead. But from beyond the grave, she is giving her niece support. She left her home -- a big old ramshackle suburban mess -- to Mallory. This gives Mallory something to concentrate on as she tries to heal after a shattering divorce.

I like Mallory. This book is light and silly at times but, taken on its own terms, it's entertaining.

3. What will you read next? Great or Nothing, a reimagining of Little Women.