It was an almost perfect mix of getting myself pampered and getting my geek on in Colonial Williamsburg. 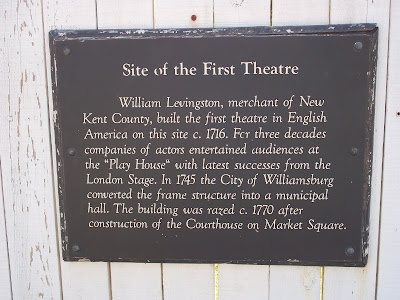 DAY ONE. I saw a performance, Loyalty or Liberty, on the site of the first theater in North America! The play was based on newspaper editorials of the time. The theme was about how conflicted married couples were about the prospect of war. Generally speaking, wives tended to be more loyal to the crown, but not out of passion for the king. Instead, they worry that liberty won't be worth the bloodshed and deprivation of war. 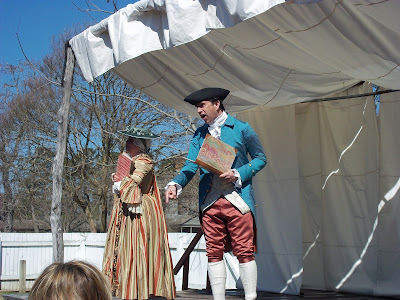 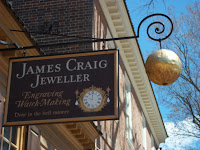 Then I went to a lecture about Patrick Henry. Enough education and geek, thank you. Time for a little retail. Got a sterling silver ring, based on an original 17th century design, and a bird bottle charm. Back in ye olde days, when a wide mouth earthenware bottle was cracked and no longer useful for carrying water, it was were mounted outside to attract birds, who then controlled the insects. I'm going to wear this sweet little charm on a silver chain around my neck. 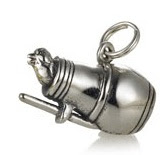 Then I swam laps, soaked in the jacuzzi and ended the day with a massage and a pedi. Ah ....

DAY TWO. I began the day with a seminar called "Now What?" which addressed the dilemma of what to do with slaves abandoned by owners no longer able to care for them. It was a little too intense for some of the smaller children in the audience, but I have to give Williamsburg credit for taking such a frank look at slavery. It's impossible not to think about it, when you listen to our forefathers talk about the tyranny of the British, how all they wanted was equity and freedom, and yet they owned other people. It's a portion of our history that we have to own up to and examine.

Then I walked, and walked and walked. All through the village, up and down some of the less traveled paths. I enjoyed the people watching and kept track of the children's names called by agitated parents. I heard Hayden and Reardon and Bryce and Amaya and Jess. I guess there's no such thing as a Sally or a Bobby anymore.

I missed my mom a lot. I saw a booklet circa the 18th century on gardening that I thought she would get a kick out of. It occurred to me that she was the audience for most of my vacation tales. This left me feeling melancholy. 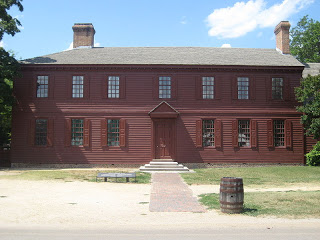 Toured one of the most impressive buildings in the Colonial Village -- the Peyton Randolph House. The tour guide annoyed me because she was a little too theatrical, a little too rigid about her prepared text and not too willing to answer questions. But that could be because she is new to this guide business. She confided that until recently she was working in the Lumber Office, where she took tickets and gave directions.

Then it was off to the spa for my biggest, best day of pampering. It began with swimming and the jacuzzi. Then I had the 18th Century Experience, described like this: "Begin with a warm and soothing aromatic foot bath, followed by a fragrant orange and ginger body scrub to soften and rejuvenate the skin. Historically, orange and ginger were used in the colonial apothecary for a variety of remedies." My skin felt soooooo smooth!

All the while I had an especially stupid song from Valley of the Dolls running through my head. God only knows why. I crack myself up sometimes.

Lots of strange dreams that night. About my niece, and my mother, and my cat Reynaldo (maybe because I'm not used to not being disturbed by his nocturnal escapades). Woke up with a bright pink pillowcase. For some reason the gums around one of my crowns was irritated and bleeding. Maybe that's why my mind was racing as I slept. It just so happens there was a convention of oral and maxillofacial surgeons onsite at the Williamsburg Lodge while I was there, so I gues if something went really wrong, I'd have been in good hands.

DAY THREE. Started out rather low on energy. Maybe that's because of the spa treatments I was looking forward to: a lip wax and blackhead extractions don't leave a girl feeling especially pampered or sexy! So I began the day with retail therapy in the charming Merchant's Square shopping district.

I got myself a cardigan on sale at Talbot's and, best of all, found a wonderful little used bookstore called Mermaid. I almost bought myself a 1960 edition of Why England Slept, a book written by John F. Kennedy in the 1940s, but the price was too steep. Instead I got postcards from the 40s and 50s for my cousin Rose (Tampa) and Aunt Jo (Daytona Beach), and finished it off with a wonderful lunch at the Blue Talon Bistro (pot roast sandwich).

Got back to my room and checked the news (Cubs took two of their first three from the Pirates). That's when I learned that Roger Ebert died. Somehow there seemed only one appropriate response -- I went to the movies. I saw Hyde Park on Hudson in a theater with a tiny, 35-seat screening room. I thought Bill Murray, of all people, did a wonderful job as FDR in an otherwise rather aimless movie.

DAY FOUR. Travel day! I was eager to get home because I missed my cat, Joey. He's older and I worry about him. I think the thing I enjoyed most this trip was the artwork. I have a new appreciation for the primitive Early American style. Here are the four wall hangings that decorated the hall leading to my room. I found them enchanting. 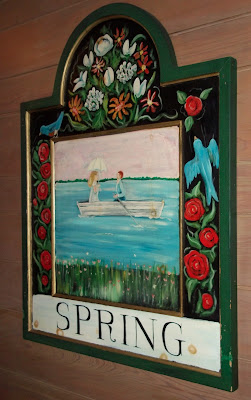 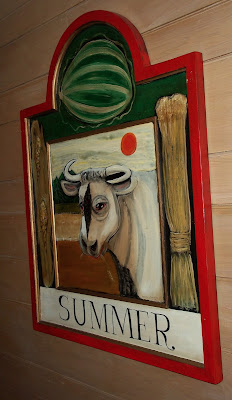 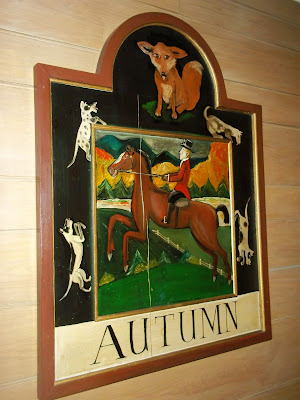 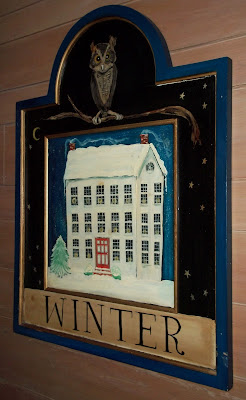