In our blogging community, there are bloggers I just avoid. Their toxic, angry messages are often cossetted in their own brand of Christianity and that really upsets me. Why use my faith to justify hostility and misinformation? I find it's better to just leave them be.

Anyway, feeling all compassionate because it's Sunday and because of this challenge, I decided to break my own rule and check in on one of these bloggers. She linked up for Saturday 9 and even commented on my blog so, hey! In the spirit of being friendly, let's read one another's words.

Mistake! As I was scrolling down to leave my benign response to her answers to the benign Saturday 9 questions and I learned that (as Saturday 9's author) I am "unspeakably rude" for asking such "intimate" questions and "demanding" an answer. I admit it got under my skin. My intent in doing Saturday 9 is to bring people closer.

I could have engaged. I did not. First of all, I suppose it's not the blogger's fault that one of her commenters is over the top. Secondly, why? The memes are meant to foster conversation,  community and fun.

Most of all, how sad a person must be to get lathered up over something like this. There are so many things to be genuinely upset about. I guess some simply must express ire over everything that crosses their path, even an inconsequential meme. Does it make them feel superior? Safer, perhaps? Clearly, there must be a lot of pain there.

First, I had lunch with Nancy and her husband. It was the first time I'd seen them since July! We had a lot to catch up and were blabbing when Nancy noticed someone outside of the window. A woman had taken a fall getting into her car, and her family was slow to help her onto feet. Nancy was up like a shot and within moments was out there, hands on her knees, eyes locked onto the woman's. With her first aid training, she ascertained that the biggest problem wasn't her leg but the bump to her head. Nancy recommended they call paramedics and let the professionals decide next steps. It was a bravura performance! (Plus, as he watched through the glass, her husband told me, admiringly, "Nancy has the best heart!" I melted.)

When I got home, I went on Facebook to thank Nancy for meeting me for lunch, and to share her heroics. Why not? The lady did a good thing. Why not let our mutual social media friends in on it? Nancy should know how special she was this afternoon.

In between loads of laundry, I picked up my mail and there -- a week early -- was my gift from my Cousin Rose. She never forgets! I know she's on the road (I believe she's visiting her brother in Michigan) but she checks Facebook on her phone. I thought about what I wrote in Saturday 9 about my friend Mindy -- she's not always sensitive to follow ups and that can feel crappy. So I used Facebook to let Rose that the gift arrived, safe and sound.

Mindfulness. I put myself in other people's shoes again. I hope I'll continue to do this after the month, and this challenge, are over.

STOLEN FROM NED THE DUCK

Place: Chicago's Loop. I just began commuting downtown again after 19 months of work-from-home. It's exciting to be back. 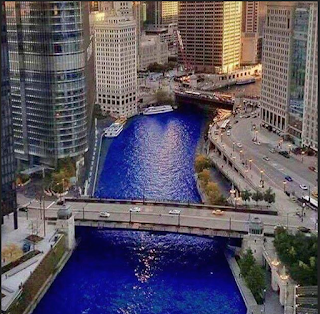 Smell: Cinnamon. At least I think it's still my favorite. I had covid last year, right around this time, and I'm very lucky that my case, while long lasting, was mild and I was never in danger of dying. It was not without consequence, though. Example: my sense of smell is forever changed. Scents I was neutral to before, like lavender and vanilla, are now more vivid. That's good. Scents I once liked, like citrus, now smell vile. That's bad. The smell thing: it's a constant, ongoing reminder of this pandemic.

Texture: Do I have a favorite texture? I don't think so.

Thing to do when bored: Nap.

Precious stone: Sapphire. Not that I own one.

Time in history: 1960s, for the feeling that we were changing and as a nation could do anything.

Fruit: A toss up between apple and peach 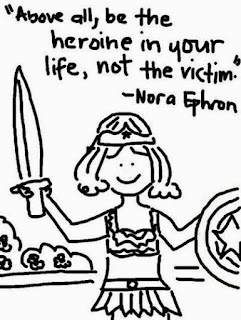 Historical figure(s): Two very different people whose lives intersected.
Letter: Do I have a favorite letter? I don't think so.

Memory: First one that comes to mind is sailing through the air on the swing my grandpa built in his backyard.

Dessert: Chocolate cake with chocolate frosting. And a glass of milk, please.

Language: I only speak English.

Thing to learn about: What I can accomplish

Thing about yourself: I'm a good friend

Connie had dental work on Friday: a tooth extraction and something I don't quite understand with her gum/top lip. I brought her home Friday night and she was sooooo full of anesthesia and pain killers. Her gait was so wobbly she literally fell into her water bowl. She was confused and all she wanted to do was hide under the bed.

I woke up Saturday and she was beside me on top of the bed. My waking disturbed her and she continued behaving oddly, just a different kind of oddly. She mewed a bit, conversationally, walked around the apartment as if to reassure herself everything is where it should be, and back under the bed. It was an improvement.

I was out all day Saturday. When I got home, I did laundry and paid bills. The temperature had dipped and, when I got ready for bed, I got out the Cubbie throw. Connie has always loved the Cubbie throw and regarded it as her good friend. Seeing it again, feeling it under her paws again, after six months. helped shake her out of her stupor. Purring, flipping back and forth, she was more like her old self.

She still hasn't eaten anything or even drank water (at least not in front of me). She's interested in what Roy Hobbs is up to, but not prepared to participate in any of his games. So she's still not well.

But Saturday night was better than Friday night, and I predict Sunday will be better yet.

Thank God! I was so, so worried about her.