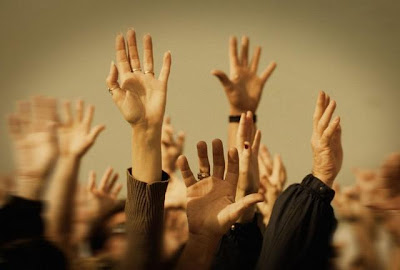 Who among us hates tax time?

Just as I thought.

I don't do my taxes myself. I am just organizing everything for The Big Hand Off to my accountant. I'm going through that big envelope of medical receipts. Sooooo much paper! Sooooo fantabulously boring!

What do I have to look forward to after this? Going through that big envelope of charitable receipts. 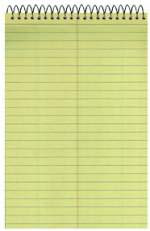 That's how my across-the-hall neighbor boldly began the page on her notepad. I sat right behind her on the el this morning, but she was so preoccupied with her own thoughts that she didn't even notice me. She continued scribbling through most the ride downtown, but I can't tell you what else she wrote.

Not because I respect her privacy, mind you. Because her handwriting is too small to read from any distance.

Her husband's college-age son from a previous marriage is staying with them at least until summer -- I wonder if this has anything to do with him. She thought she might enjoy learning about wine by waiting tables in a new neighborhood restaurant known for their wine list, but her husband discouraged it, saying she has no idea how hard food service really is. Maybe it's about that ...

HEY! What else am I gonna concentrate on? Obama's been inaugurated, Blago is done for the time being, and Cubs training camp doesn't start for weeks! Oh, yeah! Thank God for American Idol!
Posted by The Gal Herself at 2/03/2009 01:59:00 PM 3 comments: 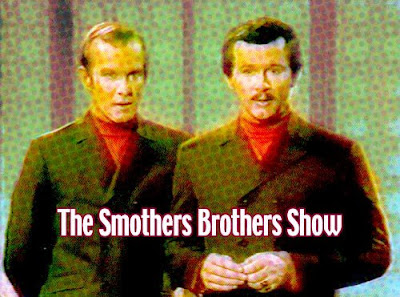 This week's HoT topic is "Edge: Any Past Theme." Since 7 is my lucky number, I went to the list of past themes and chose theme #7, "Any Tom, Dick or Harry." With apologies to anyone named Harry, I am devoting this post to the first Tom and Dick that came to mind -- the forever-funny Smothers Brothers.

I literally grew up on the Brothers Smothers. In grade school, our music teacher introduced us to folk music through their albums. "Boil the Cabbage Down" was my favorite, because when Dick ended a solo but calling, "Take it, Tom," Brother Tom said, deadpan, "No," and the number comes to a screeching halt and a sibling snit ensued. (This bit still pops into my mind whenever I see musicians jamming and one calls out, "Take it!") I also remember the refrain of "Marching to Pretoria" (Pre-tor-i-a, Hurrah!) because of the Smothers Brothers Days in music class.

Then there was their TV show in the late 1960s. I watched it obsessively because anything that annoyed my father this much had to be good. (He called them the Smut Brothers.) I know the show was known for it's controversial politics, but that's not what I recall. The Smothers Brothers showcased some of the most important musicians in the world (at least in my little world) -- like the Beatles and Nancy Sinatra (whose boots were made for walking). Most of all, I remember laughing at tough-guy, deadpan cop, Office Judy, created by Bob Einstein.* A young comic named Steve Martin got his start as a writer and bit player on the old Smothers Brothers show.

So thank you, Tom and Dick, for all the laughter and joy … and so deftly introducing me to traditional music. Mom may have always liked Dick best, but Tom is the one who really cracked me up.

To play along with Heads or Tails, click here.