1) This song is a valentine to the city of San Francisco. Songwriters George Cory and Douglas Cross moved to New York to find fame and fortune and found themselves homesick for the city by the bay. Have you ever been homesick? Or, in the parlance of the song, where have you left your heart? As Eddie Vedder sings, "When you're born in Chicago, you're blessed and you're healed the first time you walk into Wrigley Field." I have not watched a Cubs game since management traded all my favorite players during the infamous 36-hour blood bath/salary dump last week in July. I've followed Anthony Rizzo and have been watching the Yankees battle for a wildcard berth. It's been entertaining -- September baseball with the playoffs on the line! -- but Yankee Stadium is too new. Too slick. My baseball loving heart is still among the bricks and ivy. When I get over my pout, probably in spring, I'll come back home. 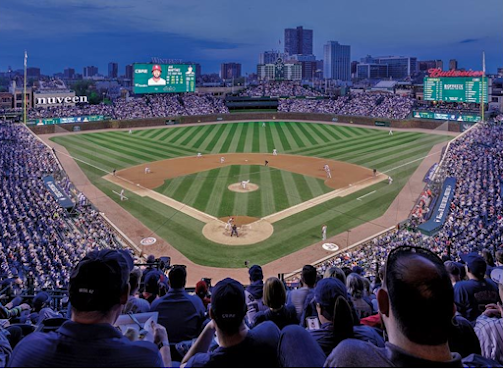 2) Cory and Cross were buddies with Ralph Sharon, a piano player who often worked with Tony Bennett. Ralph brought the song to Tony and the results were very happy for all involved. Have you more recently done, or been on the receiving end of, a favor? I suppose I most recently did a favor. I changed my schedule a little to go to the vet after closing to pick up Reynaldo's prescription. The vet tech finds it easier to mete out the meds when there are no patients in the waiting room.
3) The lyrics compare San Francisco to Paris, Rome and Manhattan. Have you visited those cities? I've never been to Rome. I visited Manhattan and Paris and very nearly moved to San Francisco back in the 1980s. Listening to the Yankees on WFAN makes me want to go back and revisit New York.

4) This week's artist, Tony Bennett, sang professionally for the last time in August. He retired after performing at Radio City Music Hall with Lady Gaga. Their musical collaboration dates back to when they both performed at President Obama's inauguration. Though 60 years apart in age, they became fast friends based on their shared love of jazz. Do you find that most of your friends are older than you, younger than you, or within 5 years of you? Almost all my friends are within 5 years of me.
5) While Lady Gaga grew up listening to Tony Bennett, as a young man Tony recalled listening to Bing Crosby, Judy Garland and Joe Venuti. Which singers did you enjoy during your teen years? Who I listened to at 13 was radically different than 19. I was seriously into bubblegum in junior high (Bobby Sherman and The Partridge Family). I discovered Barbra Streisand in high school. As my 20s loomed I was seriously into Paul Simon. Through it all there was Sir Paul, as a Beatle and a solo artist and frontman for Wings.
6) While he's famous for singing about San Francisco, Tony is a proud son of New York. Born in Queens, he chose to end his career at Radio City Music Hall and was excited to perform "New York State of Mind" with Billy Joel at Shea Stadium in 2008. Do you have a favorite Billy Joel song? This was me during my partygirl days. Looking back, I was too picky because I was emotionally unavailable. I wish I'd said yes more often.
7) Tony Bennett and Frank Sinatra may have been competitors but they shared mutual admiration. Sinatra called Bennett "the best singer in the business," and Bennett did a Sinatra homage album called Perfectly Frank. Think of people you have worked with over the years. Tell us about someone who has impressed you, and why. My new boss. I don't always agree with his choices, but it's obvious that they always come from a place of integrity. This is a big deal. I work in advertising.

8) The 1970s were a difficult period for Tony. During the days of disco and Studio 54, he said singing new songs made him feel like his mother, a talented seamstress, when she was forced to make a cheap dress. OK, so Tony doesn't like disco! Is there a genre of music you just don't care for? Opera and/or classical. If I can't sing along, I'm not interested.

9) Random question: Imagine you're the passenger in a long car ride. Are you more likely to be calm or fidgety? I tend to doze off.