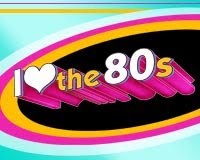 1. Depending on your age, go back 10, 15, 20, or even more years.
2. Tell us how many years back you have traveled and why.
3. Pretend you have met yourself during that era, and tell us where you are.
4. You only have one "date" with this former self.
5. Answer these questions.

1. Would your younger self (YYS, from here) recognize you when you first meet? Barely. I'm much heavier than I was then, but not that much fatter than I was in high school.

2. Would YYS be surprised to discover what you are doing job wise? I don't think so. I was fearless, if not ambitious, in those days.

3. What piece of fashion advice would you give YYS? Sure, those spike heels look good, but they really are hell on your feet. They're not worth it, Young Gal.

4. What do you think YYS is most going to want to know? About my love life. All I really had on the mind those days was men.

5. How would you answer YYS's question? It's amazing how many frogs you're going to kiss.

6. What would probably be the best thing to tell YYS? As I recall, no one could tell me anything in those days.

7. What is something that you probably wouldn't tell YYS? That Kristin shot JR.

8. What do you think will most surprise YYS about you? How much I now love my alone time. Back then, a Saturday night at home would be cause for mourning, not celebration.

9. What do you think will least surprise YYS? How far I've come professionally. On the one hand, I didn't work very hard in those days. On the other hand, I had no idea how much hard work it would take.

10. At this point in your life, would YYS like to run into "you" from the future? No. I think that Gal would find this Gal unutterably and depressingly straight and boring.

A lazy day that took me from Boston to Mayberry 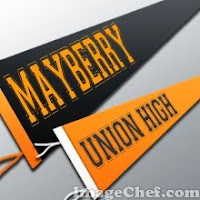 My tummy is still giving me a bit of grief, so I took things very easily today. Slept in, ran errands, went to lunch, saw The Town -- set in Boston, with lots of great shots of the city, and Jon Hamm with perpetual 5:00 shadow -- and watched The Andy Griffith 50th Anniversary Marathon on one of our local stations. Wonder how Andy and Barney would have done in Charleston ...
Posted by The Gal Herself at 10/02/2010 09:32:00 PM No comments:

1. Do you make and keep friends easily? Yes. I'm really blessed that way.

2. Who was your very first friend? The woman I refer to on this blog as, creatively enough, "my oldest friend." We met in Kindergarten (Mrs. Erler's afternoon class) and later that school year her family moved into the apartment building across the alley from our house.

3. Who has been your friend the longest now? See above. I remember our serious bonding taking place over The Beatles after their life-altering appearance on Ed Sullivan when we were in the first grade. I, naturally, chose Paul as my fave rave, since my love-at-first-sight that Sunday night was like a force of nature. She went with George. We're friends to this day and yesterday I put in my time-off request at work so I can spend her 54th birthday with her in California this December.

4. Tell us about your best friend. He is a good person, who tries every day to be a better one. He puts the well-being of his family first at all times. And he gets me. He actually admires me! So being around him is as comfortable as being wrapped in a quilt.

5. Tell us about the friend who gets on your nerves the most, and why. It's gotta be Kathy. There's much about her I appreciate, but she can make me nuts. For example, she's always tweaking me for being too conventional in my approach to life. Particularly religion. While I'm a practicing Unitarian Universalist, I still believe Christ is my personal savior. How bourgeois of me! I should consider the Tao and Indian mysticism! And, even as UUs go, why did I have to choose such a provincial congregation? They talk about GOD all the time! She's clearly more creative a soul than I, for she's not spiritually satisfied within my church. Now let me be clear: I don't care what you or anyone else believes because I know that Jesus is there for me, the same way I know the sun sets in the west. I'm not evangelical in any sense of the word, it's Kathy who kept visiting and revisiting the issue. And then guess what -- SHE JOINED MY CHURCH! First time I saw her sitting a few pews in front me, she just kinda shrugged and giggled and dismissed it as one of those "Kathy things" she does. I didn't strangle her then and there because I have too much respect for houses of worship and besides, I know I would have been prosecuted.

6. Tell us about the last time you let a friend down. I can be too hard on the aforementioned oldest friend. But it's hard to watch her indulge her almost irresistible attraction toward self-sabotage.

7. Tell us about the last wonderful thing a friend did for you! An ex 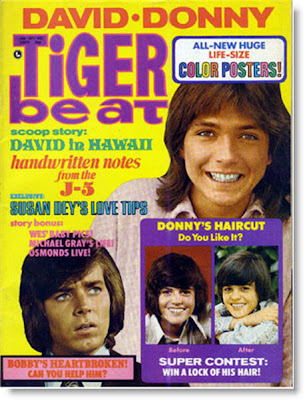 invited me to his youngest son's high school graduation. We broke up in 1981, and yet he still thought enough of me to include me in this big event in his life. I was very, very touched.

8. What was the last 'friend' thing you did? Last weekend, my oldest friend and I went though a big box of old teeny-bopper fan magazines, junior highschool vintage, and laughed sooo hard at what turned us on back in our long-ago virginal days.

9. Have your ever been jealous of a friend's S/O? My oldest friend was recently involved with a guy who had the nicest, firmest arms. Especially noteworthy for a man over 50. I called him Billy Big Arms and asked if, now that they have broken up, I can do him. She just laughs because she knows I'm kidding. I am kidding, right?
Posted by The Gal Herself at 10/02/2010 06:33:00 AM 3 comments: