1. Where will you be and doing this Tuesday afternoon? Hopefully I'll be walking a little faster as I go from bedroom to sofa and back again. I'm recovering from surgery on Sept. 9. I want each day 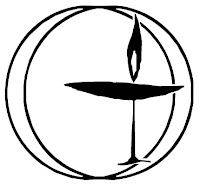 to be a little better than the day before.

2. Do you belong to any group(s)? I'm a registered Democrat and a member of my church congregation.

3. Do you feel energized or drained by being in a group situation? (If the answer is "it depends," on what does it depend?) If it's a professional situation, I'm energized because I'm most confident there. Socially, group situations can really tire me out because I'm not as sure of myself.

4. Is there a role you naturally put yourself while adapting when in group situations? Interviewer. I try to draw people out and get them talking about themselves.

5. In business or formal situations, do you mind hugs or are you offended if it goes past a handshake? I think business hugs are weird, yes.

6. Do you find what we'd call “ice breakers” a playful way to build community in a lighthearted manner, or a complete and utter hell of forced fun and awkwardness? Oh, the latter!

7. What word do you use far too frequently? "Fuck." Shame on me.

8. What word do you use not frequently enough? "Gubernatorial." It's great fun to say. "Penal" is good, too. Fortunately, being from the Land of Lincoln, I do get to use both words in the same sentence.

The fundamental differences between us are reflected in how we're handling sensitive family matters, too.

His sister Sherry has a drinking problem. When she drinks she feels defensive and persecuted, and lashes out at relatives. She took off after their mother after the funeral of a family friend … verbally attacked their younger sister for choosing to leave her kids to my best friend and not Sherry in her will (it was just a precaution, the younger sister is healthy and happy and has no intention of leaving us for decades). She invited my best friend and his family over to spend the day with her and her kids. They were all enjoying the visit until a neighbor called and invited Sherry to go on a boat ride. And she went -- leaving her kids alone at home with my best friend and his family. These are just the stories that are top of mind. There are probably a half dozen more that I can't think of right now.

The siblings and Mom got together and confronted Sherry about her drinking and she told them all to get lost. This was over a year ago. No one in the family has heard from her since, even though they all live within 25 miles of one another.

My best friend has never stopped worrying about Sherry and especially her children. Over the summer he sent her a text message, asking her to lunch. Just to re-establish contact. When he got no response whatsoever, he thought perhaps she wasn't ready to talk yet, or maybe she didn't have that cellphone anymore. Thursday, out of the blue, she texted him back, inviting him to lunch today. He was nervous about it, but happy, too. I'm waiting to hear how it went.

Even if their lunch isn't a success, I applaud his courage in opening his heart and trying to reconnect.

And then there's me. Our family patriarch molested me when I was in high school. For years afterward, every time we got together as a family, he tormented me ... whispering questions about if I like the feel of a tongue in my ear, whether I masturbate, how often I have intercourse, etc. He seemed to get off on the power he had, knowing that I wouldn't make a scene and expose him for the pig he is, or maybe trying to emphasize that I wouldn't be believed even if I did. Finally, about 15 years ago, I decided not to cover for him anymore and have simply refused to be in any room he is in. Even when it was the funeral service for my beloved uncle. Sometimes it has hurt to absent myself from our "big, happy family" gatherings, but it's more than worth it for the feeling of power it has restored to me. Power over my own body. Power to acknowledge the truth.

day's mail I received a get well card from him. It's still unopened in my kitchen, nestled among the newspapers in my recycling bag. And there it will stay until I feel ready to take it down to the bin behind the building.

I am trying to maintain my thankful heart, to celebrate how fabulous it is that my ovary and endometrial lining were both benign, to fully feel and appreciate the love and support of my friends. But opening my heart to him would cost me too much. I cannot accept the olive branch he extended. I don't believe he is sincere, I can't trust that he doesn't still want to damage me.
Posted by The Gal Herself at 9/16/2011 06:25:00 PM 2 comments:

Naughty Gal! I know I'm supposed to walk every day ... I was feeling pretty good, so I got dressed, put on makeup for the first time in a week, and did a little walk around a 5 square block area of my neighborhood. It didn't seem like a big deal when I embarked on it. I checked the bakery and convenience store in an unsuccessful attempt to find English muffins, stopped by the pet boutique for cat treats and dropped in at Five Guys for a little cheeseburger to go. The whole trip took less than an hour. But right now I'm soooo beat!
Posted by The Gal Herself at 9/16/2011 02:57:00 PM 2 comments:

As I monitored the brouhaha caused by Texas Gov. Rick Perry's cozy relationship with the drug manufacturer, Merck, I had a moment of self-revelation. For as a lifelong Illinoisan, my first response was a yawn. I mean, don't all governors introduce legislation that benefits their campaign contributors?

This Texas-sized fuss tells me once again that they don't. And shouldn't. And I should be far more outraged by this behavior than I am. There's an excuse for my cynicism, though. Check out the fates of 5 of the 8 Illinois governors of my lifetime:

• William Stratton (R) was charged with tax evasion, but was acquitted.

I have a tendency to laugh at their behavior and I shouldn't. It's appalling. It doesn't have to be this way, and we Illinois voters should demand that the corruption finally end.
Posted by The Gal Herself at 9/16/2011 11:24:00 AM No comments: