A very vivid, rather wacky dream 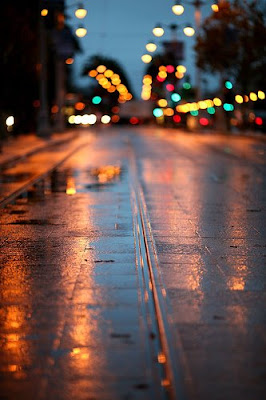 Last night I dreamt that I'm trying to get to my new doctor's office for an appointment. The night is very rainy, and I'm trying to find an address in a neighborhood I'm unfamiliar with. I trip and drop my purse in a puddle (and I love my purses).

According to the folks at dreammoods.com, I have issues.

To dream that I am seeing the doctor indicates my need for emotional and spiritual healing. That it takes place at night indicates issues in my life that I am facing, but that aren't too clear. The storm represents unexpressed fears or emotions. The puddle is feelings that have been downplayed and overlooked. My purse represents secrets, desires and thoughts which are being closely held and guarded.

I think it means I'm having a hard time dealing with my mom's illness … and her mortality. She's over 70 and this is her second hospitalization in two years. It's scary and I don't like it. While I'm certain that she will come home and resume her normal life next week, I can't ignore that my previously healthy mother suffers from emphysema, COPD, and a propensity for pneumonia. It's sad and leaves me feeling helpless and unhappy.
Posted by The Gal Herself at 4/04/2009 09:43:00 PM 1 comment:

Not today, not tomorrow 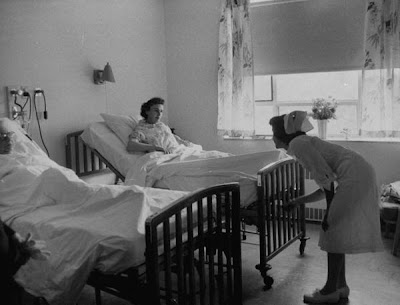 My mom didn't want to come home today, and she's not. She had hoped be released tomorrow, and that isn't happening, either. She's starting to get bored and to hate the food -- while I'm sorry for her, it makes me happy because it means she's feeling stronger.
Posted by The Gal Herself at 4/04/2009 05:04:00 PM 1 comment:

The darker side of luxury

The resort has 14 guest suites at the spa. Only two were occupied -- one by me. There's also an inn, which is a more conventional hotel with 275 rooms. There was a hotel/motel convention being held there, so many of those rooms were filled. In addition to conventioneers there were couples vacationing who were as interested in golf or wine tasting as the spa, and they moved from the spa to the winery to the course. So I can't know for sure that things are slower and less lucrative than during my visit last year.

But I saw signs. For example, the gift shops were all closed. Of course you could buy things, but folks were doing double duty. At the winery, it was the restaurant maitre d' who also handled the register, at the spa it's the woman's locker room attendant, at the inn it was the concierge. So that's three jobs gone from last year.

The exercise classes at the spa were all held before noon, as opposed to all day long last year. I assume it's so they only have to pay the trainer for half days.

I realize that as we all look for places to cut, a spa stay is probably one of the first things to go. After all, as much as I loved, LOVED my vacation, I know it's not a necessity. But it makes me sad for the personal trainers whose workload is cut in half, or the three retail clerks who lost their jobs altogether.
Posted by The Gal Herself at 4/04/2009 10:14:00 AM 2 comments: