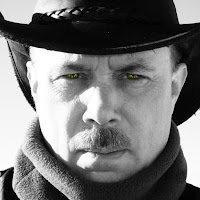 Many of my Facebook friends follow Jim Wright, a "forward thinking progressive." Sometimes he's funny. His writing is always clever. Usually he's hostile. He is, frankly, too partisan for this old-school liberal. I'm a Kennedy Girl. I think public service is honorable, and I believe compromise yields results. The ideological purity of zealots like Jim Wright (or Steve Bannon) gets into the way of getting things done for the people of this country.

But that's a small quibble, really. He's a good writer and we have free speech in this country. I would prefer people not be seduced into his "us vs. them" worldview because I agree with Barack Obama that what unites us is greater than what divides us. But whatever. I'd also prefer people not obsess on the Kardashians and the Duggars.

But Jim Wright moves from his usual edgy and descends into offensive when he starts in on John McCain. "Johnny Walnuts," as he likes to call him. He makes fun of how, when presented with Trump's ridiculous accusation about President Obama and wiretaps, McCain snarled in his "gravelly war-hero voice" and "shook his gnarled fist in the air."

John McCain cannot shake his gnarled fist in the air because, in 1967:

•  He broke both arms as he ejected from his fiery warplane.

•  He was then captured, and as a POW had his shoulder shattered by one of his captors.

Consequently, John McCain cannot lift his arms. He even needs help to comb his hair.

Hillary Clinton's "deplorable" label should not be reserved for the alt-right. I was disgusted by Trump mocking Serge Kovaleski of the New York Times, and I'm disgusted by Jim Wright. 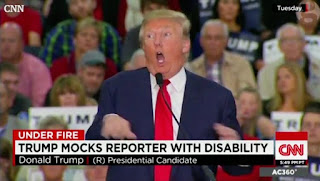 Let's try not to become what we hate.

To participate, and to see how others responded, click here.
1. What are you currently reading? Chaos by Patricia Cornwell. It feels like forever since I spent any time with Kay Scarpetta. (In fact, it was Bone Bed in 2012.) I see she's back in Massachusetts. She's called upon to solve the mystery of how an otherwise healthy young woman could be killed by lightening on a clear and cloudless moonlit night. I'm looking forward to the usual cast of characters -- Benton, Marino, Lucy - plus Kay's kid sister Dorothy who is visiting from Florida. We don't see much of the irresponsible but more creative sibling. I imagine that having the stylish and madly intelligent Kay as big sister wasn't easy. Looking forward to seeing how their relationship colors the mystery.

2. What did you recently finish reading? Prince Charles, by Sally Bedell Smith. Someone once said that actor Peter Lawford wouldn't even be the star of his own biopic, so overwhelmed was he by the star power of his relationships with Marilyn, JFK and Sinatra. That observation reminded me of Prince Charles, because as I read this book it seemed he was forever being upstaged by his more charismatic relatives. First his beloved mother, The Queen; of course, Diana; his charming sons, William and Harry; now William's photogenic family. It's odd to read a biography of someone who feels rather like a supporting player in his own life story.

As for the book itself, it was easy to read and interesting. I just wish that, when writing about his first marriage, Ms. Smith didn't stack the deck so neatly in Charles' favor. I appreciate that Diana was mercurial and that the marriage wasn't easy, but I don't see her as a villain. It looks to me as though there were no victors in the War of Waleses, only victims.

3.  What will you read next? I don't know. Maybe another biography?