1) This is the theme from Mike and Molly, a TV show that ran from 2010 to 2016. Were you a fan? No. I watched it a couple of times over the years and never found it funny. Which is strange, because I enjoy Melissa McCarthy on the big screen.

2) Molly was played by Melissa McCarthy. Today she's one of Hollywood's best-paid actresses, but when she began her career, she was barely scraping by. She recently recalled the time when, as a struggling actress, she was rejected at the ATM because it only gave out $20s and she didn't have even that much in her checking account. How often do you visit the ATM? Several times a week? Several times a month? Never? Several times/week. This question makes me think of my mom. She never used an ATM, not once in her life. She was intimidated by technology. Last year, when I worked at the library charity book sale, I met another woman like that. For her, it was an almost political decision. She won't use ATMs if a teller is on duty and she won't use self checkout at the grocery store. She wants to preserve jobs.


3) When she was broke, Melissa couldn't afford blueberries and avocados.  Now she savors them. When you're a few bucks ahead, what do you splurge on? Oh, golly. Before the pandemic, I would have said good grub at a nice restaurant. Or maybe I'd specify Stoli instead of the well vodka. Now I'll go with the really durable paper towels, like Viva or Bounty.

4) Mike was played by Billy Gardell. He was working at a comedy club, cleaning the bathrooms and answering the phone. He used to crack jokes with other employees and finally one of his coworkers dared him to go onstage on "open mic night." A comedy career was born. Tell us about someone who pushed you to make the right move. Back on August 11, my art director pushed me to speak up more forcefully and make myself heard at work. She was right. I'm grateful to her.

5) On the show, Mike's best friend was his fellow officer, Carl McMillan. Carl was not especially motivated and still lived with his grandmother, well into his 30s. How old were you when you moved out of the house for good? 18


6) Mike's and Molly's mothers are different as night and day and frequently did not get along. Have you ever had in-law trouble? No, because I've never had in-laws.

7) This week's song was written by Keb Mo. He switches among several different guitars when he works -- electric, acoustic and resonator. Can you play guitar? Nope.

8) In 2010, when this show premiered, Apple introduced the iPad. Do you use a tablet? I couldn't wait to get one. I used my Kindle for less than a year and put it aside. I don't even know where it is.

9) This week's random question gives you an opportunity to brag: What's something you do better than most people? I'd be great at an animal shelter. Like Ellie Mae, I'm good with critters. 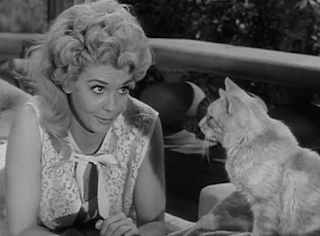 Today's happiness --  The good old days. I admit that it's getting to me. I try to remember that we're all in this pandemic together ... that -- for the most part -- we're each doing the best we can ... that I'm lucky to be healthy and working ... that staying home, wearing a mask and social distancing is for the public good.

But just because I'm patriotic doesn't mean I'm a saint. I miss my old life! I want to watch blockbuster movies in a cool, dark theater ... go to Wrigley Field with my nephew ... visit the Chicago History Museum with John ... wander the River Walk with Joanna ... work the annual summer library book sale ... I miss doing things and seeing people without worrying about exposure to the corona virus.

Today I took action. I went to my favorite neighborhood bar. I hadn't been there since February. They had outdoor seating and a limited lunch menu, but the noonday sun was getting hot so I asked if I could go in. It was almost silent in there. All the booths were blocked off with caution tape, and there were only three slots at the bar.

No matter. I read my magazine and watched golf (even though I had no idea what I was looking at) and very happily enjoyed the shrimp basket and a Coke. It felt so good to be perched on that tall stool again. So normal.

Each day in August you are to post about something that makes *you* happy. Pretty simple. And, it doesn't even have to be every day if you don't want it to be. It's a great way to remind ourselves that there are positive things going on in our lives, our communities, and the world.
Posted by The Gal Herself at 8/21/2020 10:33:00 PM 1 comment:

A former coworker was going through a tough time. He lost his job, his dad's health took a turn for the worse and moved in with him, and all this stress took a terrible toll on his marriage. After his dad died, his wife left him. He was, understandably, shattered.

Then he met Theresa. She's positive and full of energy. They got married and opened their own fabric/yarn shop about 90 miles outside Chicago. They're both highly artistic and visual people and put all their considerable talents in launching this small business. Then guess what: the pandemic struck. They're struggling, but they have managed to keep their doors open.

Theresa is not only a smart businesswoman, she's a mother. She wants everyone who enters her shop -- customers as well as employees -- safe. It's the right thing to do, and it's good business. 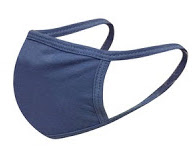 Earlier this week, she had such a distressing run in. Theresa told a woman who placed an order by phone that, when she came to the store to pick up her thread, she had to wear a mask. Yes, a store employee would be happy to walk the order out to her car and wait while she checked it for accuracy, but the customer had to wear a mask when she engaged with the employee.

Theresa reiterated the policy in the confirmation email she sent to the customer.

You already know what follows, don't you? The customer showed up at the curb, rolled down her window, and wasn't wearing a mask. Since Theresa believed her employee's safety was her primary concern, she went out with the order herself. She handed the bag to the maskless woman through her car window and wordlessly turned and walked away.

The woman was furious! Theresa was supposed to stand there when the customer checked her order! "Well," Theresa responded, "You were supposed to wear a mask."

The customer wrote a snotty Google review, saying the store was rude. Google reviews matter to fledgling, independent businesses. It was a crappy thing for the customer to do. And bad Covid19 karma.

Why do people do this? Why do they engage retail establishments and openly flout rules they know are in place? Don't try that tired old "I have asthma" routine with me. If your breathing is that compromised, you're too fragile to interact during a pandemic and should do all your shopping online. (And yes, Theresa would have shipped the thread USPS.)

What a fucking bully! How else do you describe someone who needs to score pyrrhic political points so badly that they're willing to wreck the day of someone who is there to serve them and only makes minimum wage? Do they care about what this business means to Theresa and her family? Or are they so filled with hubris that their "individuality" means more than the comfort and safety of the people they meet?

In praise of virtual conventions

I really enjoyed this week's virtual DNC precisely because there was no audience. Four years ago, the Sanders supporters were jackasses, and on national TV. In 2016, they booed every speaker of color who came to the podium* because they were "puppets of the establishment" for supporting the "pre-ordained coronation of Hillary Clinton." Never mind that they should have been applauding the diversity of the Democratic Party, and respected the outcome of the primary process (Hillary won 34 states to Bernie's 23; it really wasn't even close). Instead of wondering why Bernie didn't resonate with with Black voters, they booed and bitched and whined about conspiracies and oligarchs. And guess what: the Democratic Party was fractured and we got Trump. Happy now, Progressives?

At this year's convention, we celebrated not only only Black lives but Black votes. It's true that Joe Biden did not do well in Iowa or New Hampshire. It's also true that both Iowa and New Hampshire are overwhelmingly white. Once Joe got to South Carolina, and began connecting with his natural constituency, the votes rolled in. Instead of wondering why Bernie still doesn't resonate with with Black voters, I'm hearing petulance. Again.

Thankfully, most voters who watched or streamed the convention don't hear the Twitterverse bellyaching. What they saw was a Party coming together around a venerable standard bearer, a public servant who knows how government works and actually wants it to work, a decent man to whom empathy comes easily.

And most Americans saw Kamala Harris for the first time. Only the fourth woman to ever be on the national ticket. The first woman of color. Progress is what you're supposed to applaud, Progressives! I'm so excited to see a former prosector who is tough and knows corruption when she sees it. I love when she invokes her old courtroom introduction: Kamala Harris for the people. 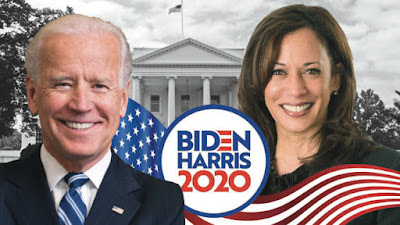