Saturday 9: Livin' on a Prayer


1) This song tells the tale of Tommy, who works on the docks, and Gina, who works in a diner. Where do you work? In a large and very nice office building just off Chicago's Michigan Avenue. Unfortunately, my position does not feel very stable and the stress of worrying about money and losing my job is really getting to me.

2) Jon Bon Jovi has said that he and Frank Sinatra are distant relatives. Tell us about one of your relatives. My favorite uncle served in Vietnam. He seldom spoke about the war and when he did, it was in terms of the people he met -- Vietnamese, Thai and fellow servicemen -- never the battles. But he was moved profoundly by the experience over there and spent his free time with the locals, helping to establish an orphanage for Vietnamese children left homeless by the war. When I was a little girl I idolized him because he was fun and funny and imaginative. But as an adult I realize how much he saw and did in his life and I miss him terribly because I'd love to just talk to him again. 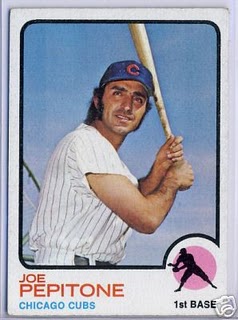 3) Jon and his high school sweetheart tied the knot in Vegas at the Graceland Wedding Chapel, and they remain married today. When you were in school, who did you fantasize about marrying? Where is that person today? During the summer between my freshman and sophomore years, Joe Pepitone played first base for the Cubs and I developed a desperate crush on him. On sunny days at the public pool, my girlfriends and I would listen to the games on our transistor radio and fantasize about how sexy and glamorous it would be to marry professional ballplayers and I claimed Pepi for my own. Then he was traded and I moved on to Robert Redford. According to a cursory Google search, Pepi now attends a lot of autograph shows in the New York area, where he is referred to as a "Yankee great."


4) The Jon Bon Jovi Soul Foundation is devoted to supplying local food pantries and helping rebuild neighborhoods hit by natural disasters. Here's your opportunity to give a shameless plug to a charity you support. I like Goodwill a lot. They make merchandise available to families on tight budgets and fund job training programs. Each time I have visited my local store -- whether it's to drop items off or to shop -- everyone I meet is pleasant and hardworking. The same cannot be said of Kmart or WalMart.
5) Jon is often complimented on his hair. What's the most recent compliment you've received? "You know you can handle whatever comes." In the context of the conversation, it was a compliment.


6) Everyone talks about their favorite vacation spots. But, since Sam is crazy, she wants to hear about a place you visited that you wish never to return to. A resort on a small lake in a small town in Wisconsin. My mother loved it so we went every damn year when I was growing up and it was BORING! Please don't make me go back.


7) When was the last time you played cards with an actual deck (as opposed to on your computer)? What game was it? I don't even remember. I have played Yahtzee, Monopoly and Scrabble for real, on actual boards, with my nephew recently. But I'm coming up blank on card games. 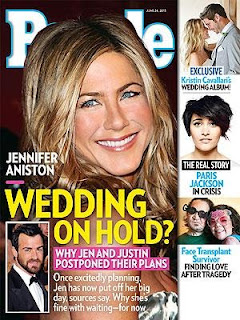 9) Where are you as you answer these 9 questions? What's the view from where you sit? I'm in the living room and can see my pedicured feet and last week's People on the coffee table. (It's embarrassing how much I care about Jennifer Aniston's love life.)
Posted by The Gal Herself at 6/22/2013 03:19:00 AM 4 comments: