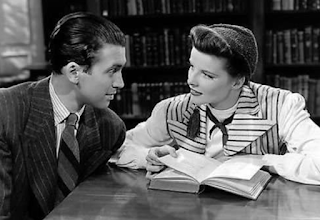 1. What are you currently reading? The Rooftop Party by Ellen Meisner. 29-year-old Dana Barry finds herself something of celebrity in an unexpected way. An underemployed actress, she goes on an audition for a hosting gig on a TV shopping channel, gets the job and finds she's not only good at it, she likes it. She surprises herself with how much she cares about the network and, at a rooftop company party, she tries to pitch an idea to the new CEO. Unfortunately, he ends up dead at the party, and she ends up a suspect.

Usually I don't read mysteries back-to-back, but I broke my own rule when this one turned up available at the library. I'm glad I did. The dialog is funny and insightful and helps establish the characters. I like the behind-the-scenes workplace setting, too.

2. What did you recently finish reading? Murder on the Orient Express by Agatha Christie. I really enjoyed this, more than I thought I would. After all, I've seen the 1974 movie more times than I can count, so I certainly know whodunnit and why. But this freed me to enjoy the construction. Dame Agatha really did create the perfect crime here. And, decades before Law & Order, her story was ripped from the headlines.
BTW, part of why I picked this up was curiosity. I've seen two major big-screen adaptations -- Sidney Lumet's (1974) and Kenneth Branagh's (2017). I love the earlier film so much that I almost resented the more recent one for changing anything about it. I wondered: which is closer to Christie's book? Hands down: 1974.
3. What will read next? Kennedy's Avenger by Dan Abrams and David Fisher. When the Kennedy assassination is discussed, no one ever refers to the trial of Jack Ruby to substantiate his/her theory. I wonder why. I mean, more than a week's worth of evidence and testimony were presented under oath in open court. How can that not be relevant? So I'm nerd excited for this book -- by a genuine lawyer, not some hotblooded conspiracy fetishist -- about Ruby's "day in court." 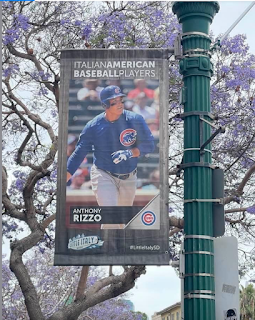 Last night the Cubs played the Padres at Petco Park. The results of the game were not as we would have wished, but he went 2-4 and scored a run.